With new technologies against theft of cars, it is tough for car thieves to lay their hands on cars. Technologies like engine immobilizer and other various other anti-theft devices have made cars safer. With the increasing anti-theft features, car thieves have also evolved to find solutions and do what they are good at. In Germany, thieves were successful in stealing three sportscars from a dealership which included a limited-run Audi R8 GT Spyder. 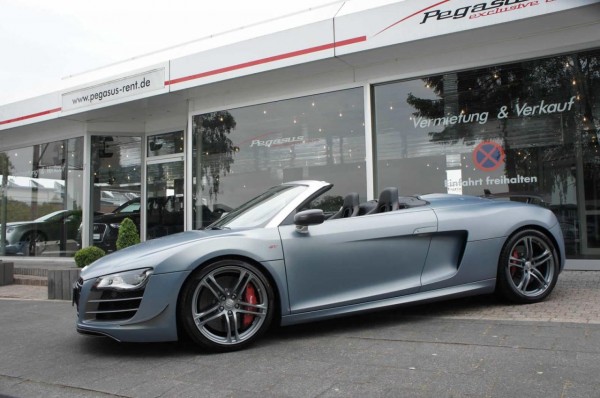 Last week, thieves stole wheels from a German Audi dealership vehicles and now this week three sportscars were the targets. The dealer from which the cars were stolen is a high-end car dealer named Pegasus in Mönchengladbach, Germany. The stolen cars include limited edition Audi R8 GT Spyder pictured above. The matte blue open-top Audi was seen for the last time at 4:30 AM on the A61 heading to Köln but unfortunately no other details are available at this point which could help the police authorities trace car thieves. 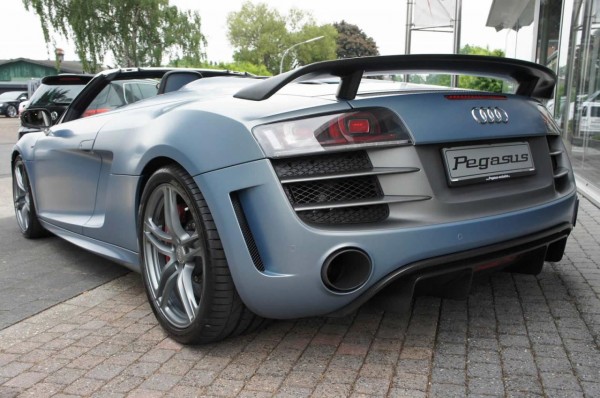 The Audi R8 GT Spyder was released in 2011 as a special edition which enjoyed a limited production run of 333 units (50 were US-spec) featuring several carbon fiber like the front spoiler, rear wing and rear diffuser. The GT Spyder sits 10mm lower than the R8 V10 5.2 Spyder and is equipped with tinted LED headlights as well as titanium gray body accents.

What do you have to say about the following incident ? Let us know your thoughts in the comments section below.