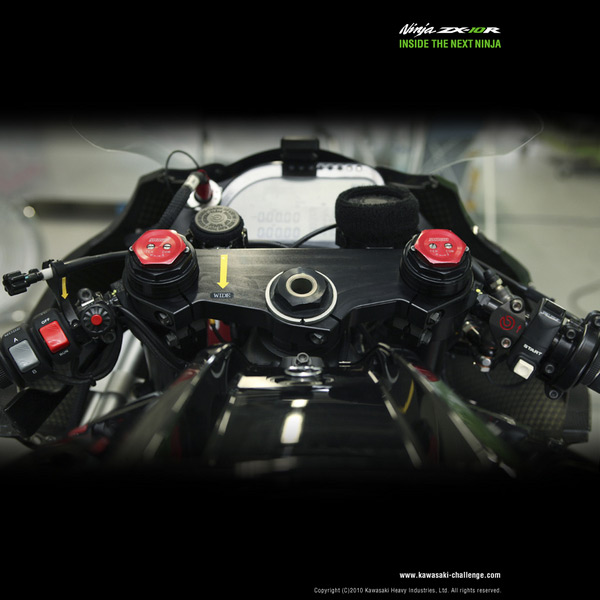 We have been keeping you posted about the development of the 2011 Kawasani Ninja ZX-10 R for about two months, right from the time when the first official sketch of the bike and teaser video was released by the Japanese company. Now Kawasaki has released fresh new video and pictures of the bike from Autopolis, where the company is putting the new bike through new series of tests. Here are the video.

The test riders of the new bike are World Superbike rider Tom Sykes and Pere Riba, who was a former former Kawasaki Supersport rider. Kawasaki is aming to make the new ZX-10R the game changer – and we are expecting big improvements in the new machine. Whatever the new litre class sportbike turns out into, we will keep you updated – so stay glued.

Page 1 of 2. Go to Page 2 for a gallery of the official images released by Kawasaki