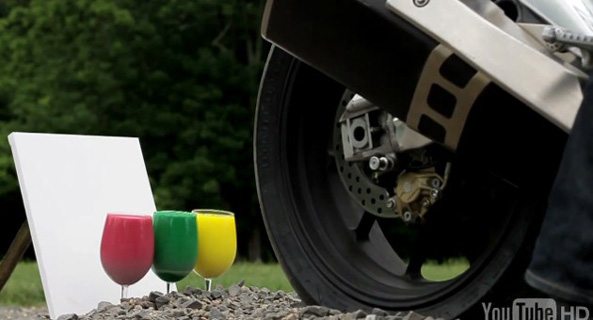 This is not the first video that Aprilia has released which has a similar message at the end which says ‘X’ is not our Job. In this case, the X is replaced by Painting and Delivery. Sit back and enjoy the commercials!

Seems like Aprilia wants to screw BMW big time by launching videos that actually indirectly taunt the BMW videos. BMW had earlier launched a video which showed a BMW Z4 painting like a kid does in his drawing book. The video shown below is in response to that video where the Aprilia RSV4 tries to paint but fails. In the end, they say, “Painting is not our Job”.

In this video, the Aprilia RSV4 gets a new job of a delivery boy. It does a good job of reaching the mail on time, but in what condition? Watch it yourself. You know how the video ends. However, we couldn’t find any relevant BMW video which would be a target of the video below. If you stumble across such a video, feel free to comment!

This is the video Aprilia had released earlier: