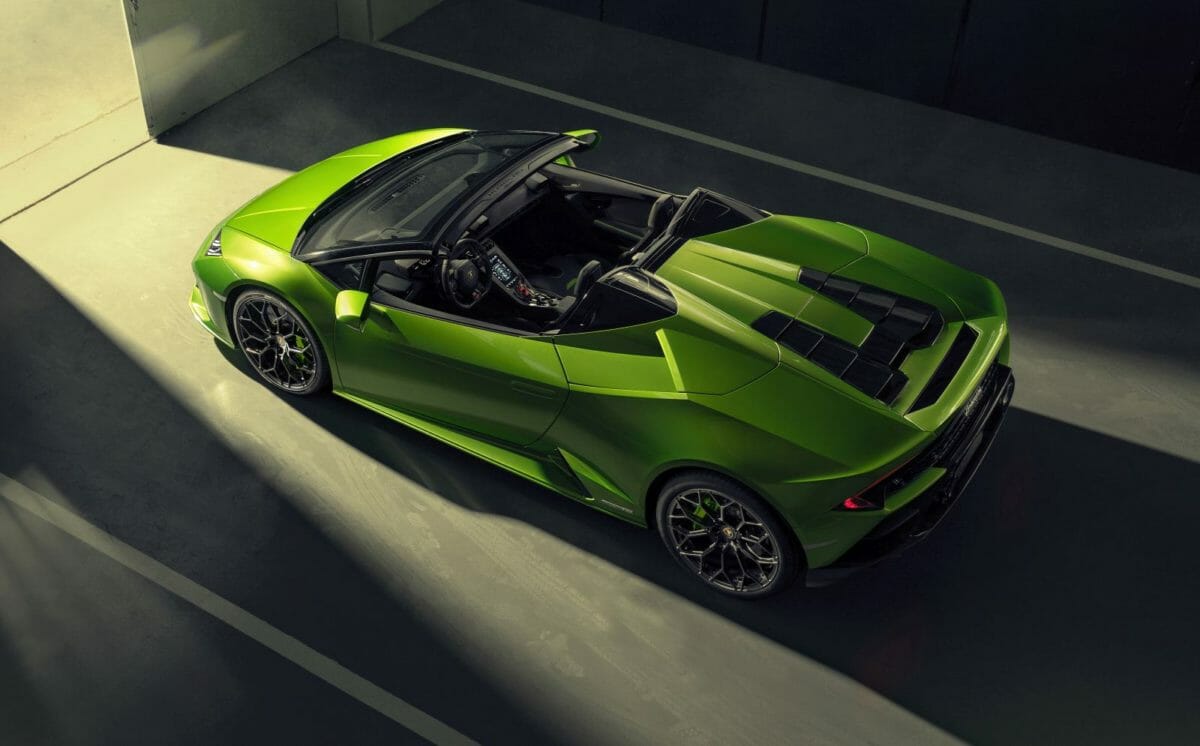 The Huracan Evo Spyder, due to its electro-hydraulic roof folding system carries 120kg of additional weight as compared to its Coupe version. To accommodate the retractable roof, the rear deck of the Huracan Evo Spyder is redesigned with pop up rollover bars. The soft-top can be lowered down completely in 17 seconds at speeds up to 50 kph. Despite being 120kg heavier than the coupe, the Spyder is just 0.2 seconds slower during the 0 to 100 kph run. Three driving modes are on offer – Strada, Sport and Corsa. 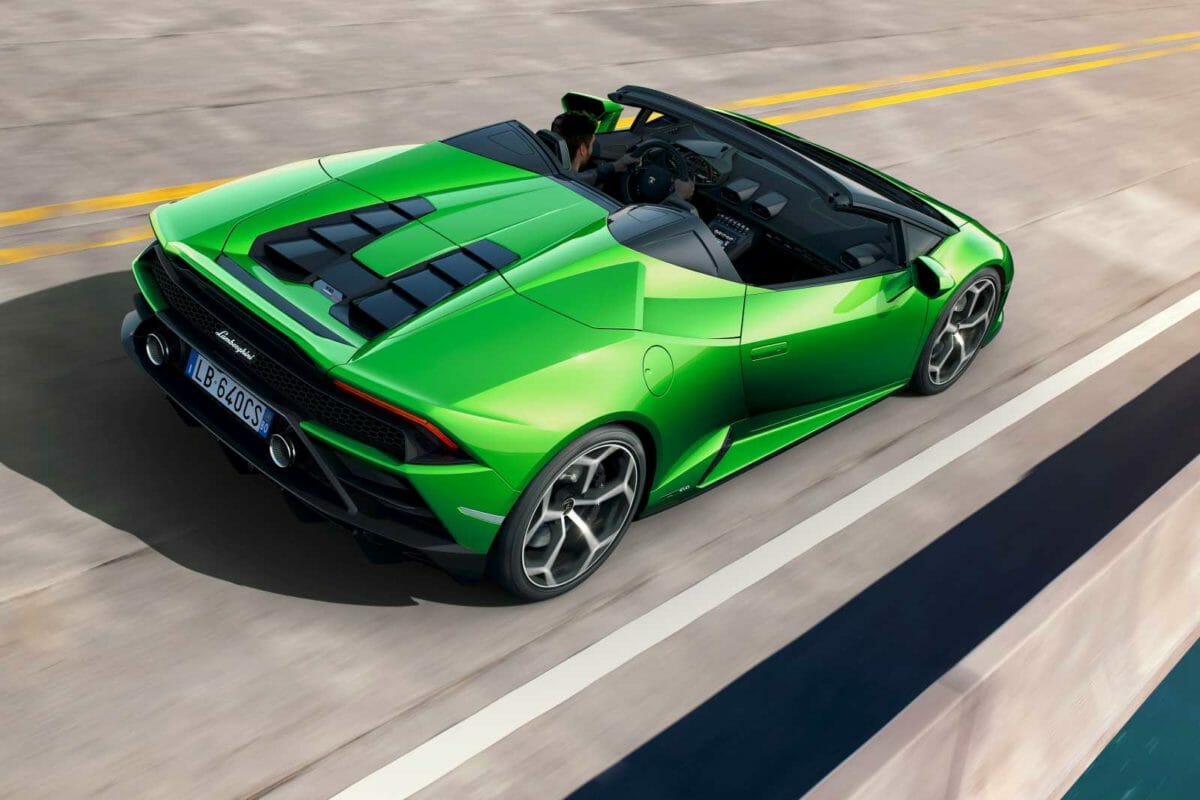 The Huracan Evo Spyder comes with fitted with the Lamborghini Inertial Platform which provides accurate real-time updates of the car’s behaviour. The vehicle’s vertical dynamics are managed by the magnetorheological suspension (LMS) system, while its lateral dynamics are handled by a steering system which engages the four wheels through the Lamborghini Dynamic Steering (LDS) and the Lamborghini All-wheel Steering (LAWS) systems, aided by the constant distribution of the torque between the two axles (AWD) and the torque vectoring system. Combined with traction control, these systems also govern longitudinal dynamics. All of that is supervised by the Lamborghini Integrated Vehicle Dynamics (LDVI) system.

On the inside, the Huracan Evo Spyder gets a centrally mounted 8.4-inch touchscreen infotainment system, positioned just above the aircraft-styled starter switch. The infotainment system gets a multi-finger gesture control for controlling features like volume. The multimedia system also gets features like connected navigation, web radio and video player. Features like Lamborghini rear-wheel steering, torque vectoring system and Dinamica Veicolo Integrata (LDVI) are also carried over from the coupe version. The LDVI system plays a very crucial role in controlling every aspect of the car’s dynamic behaviour. Officially, the price for Huracan Evo Spyder is not yet revealed but it will ask for a premium over its coupe version which is priced at Rs 3.73 crore (ex-showroom Delhi).