With nearly every popular fast car now officially available in India given the meteoric rise in spending power, some owners are yet to respect the responsibility that comes with driving these monsters on public roads. In one such incident, a man behind the wheel of a Lamborghini Gallardo sparked panic on the streets of Chennai, when he narrowly missed hitting two policewomen on a two-wheeler, before senior law enforcement officers had to interrupt and stop him for rash and negligent driving. 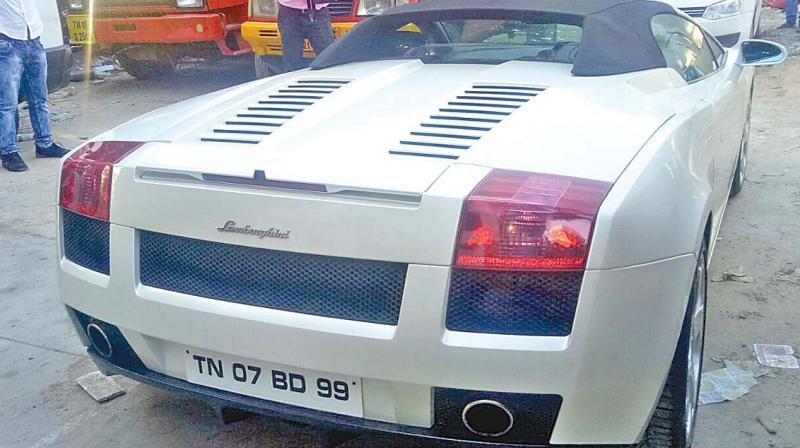 Thirty-six-year old K Ramesh, who was driving the car belonging to a leading builder from Chennai, was behind the wheel of the Lambo without wearing the seat belt. After getting on to the Marina Beach road at the signal near the DGP’s office, Ramesh stepped on the accelerator and narrowly missed hitting two policewomen on their Scooty as he zipped too close to them. The two immediately alerted traffic policemen at the next signal and gave the Lamborghini’s registration number. Meanwhile, Ramesh had picked up an unidentified person on the way, and was again zipping along, when the police, who had put up barricades, forced him to halt at the Ezhilagam building.

Police confirmed that Ramesh was not drunk but said he was travelling above the speed limit, and the high decibel noise of the Lambo triggered panic among other motorists. The car was towed to the Triplicane police station and handed over to the owner, who is also a film financier, later in the evening after a fine was imposed. “We collected a fine of Rs 1,200 and handed over the vehicle. He was not under the influence of alcohol,” said a sub inspector attached to the Triplicane traffic investigation unit. One of the two women constables whose scooter Ramesh overtook said they had a narrow escape. “Overtaking on the busy stretch is not advisable. Moreover, the loud noise can easily scare other road users. It can cause them to lose control of their vehicles,” she added.