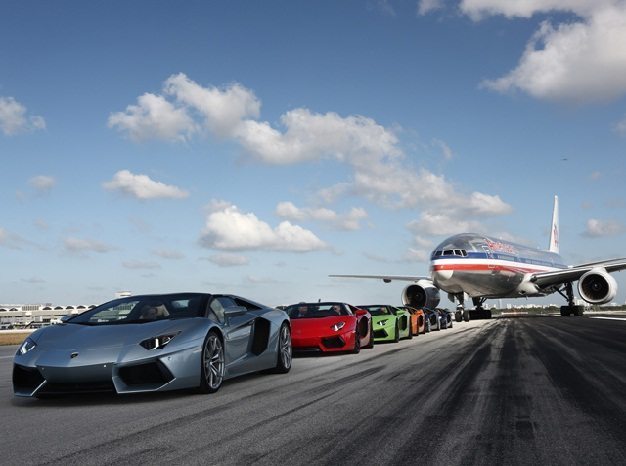 An assemblage of Lamborghini Aventador supercars were seen speeding down a Miami International Airport runway as a part of the Lamborghini 50th Anniversary celebrations.

The supercars clocked speeds in excess of 200 mph and this makes the Aventador possibly the fastest vehicle to ever run on Miami airport runways. It may be noted that Boeings generally clock a speed of 180mph while taking off. 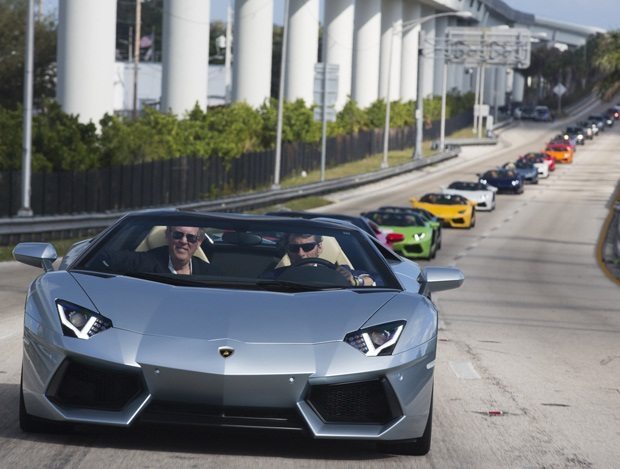 In an another event, as many as 50 Lamborghinis assembled at South Beach to start a ten-day media event in Miami.

The Lamborghini Aventador Roadster gets the 700-horsepower, 6.5-liter V12 engine from the hardtop and the Aventador roadster is capable of hitting 96 mph in less than three seconds and has a top whack of 217 mph. 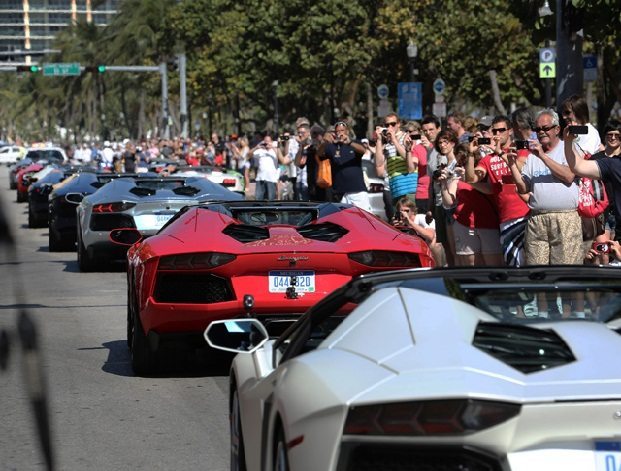