You may have seen the images of Rolls Royce from a flood affected South Asian city which got stuck in deep water. Now, here’s another exotic getting  stuck, but this time on rocks. 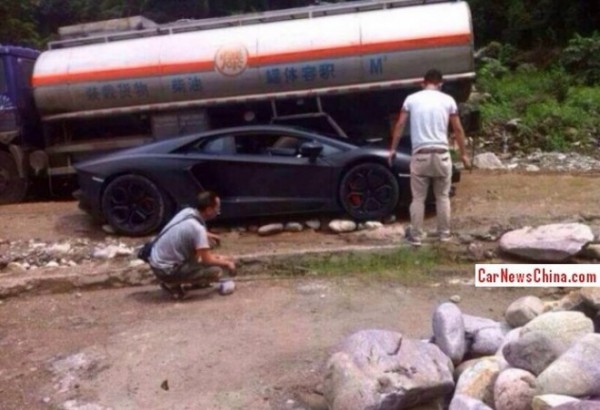 A Lamborghini Aventador became the news for the country which has a large number of millionaires- China. The incident happened around Chengdu in Sichuan Province on a recently flooded mountain road. A recently flooded mountain road and a low supercar worth more than INR 4 crores ! Not a very good combination. But the driver of this matte black Aventador dared to take on this bumpy road and paid the price. But his daring to venture on the terrain proved didn’t end well. He got stuck while giving way to an oncoming truck carrying petroleum products. 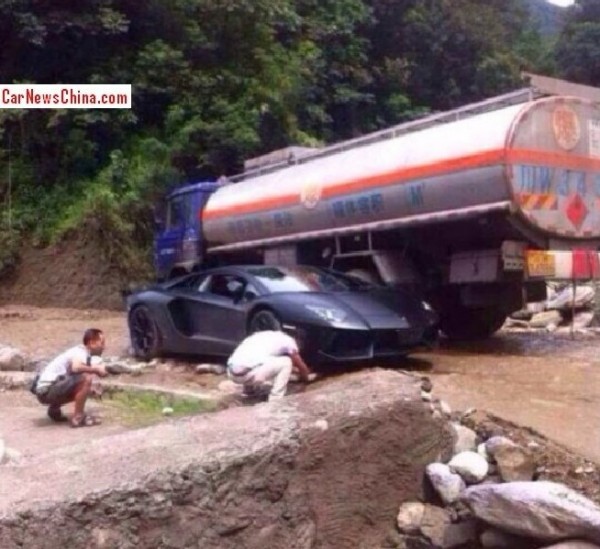 It appears that one or multiple rocks somehow blocked the Aventador completely, making it unable to move further. It doesn’t look much serious in the images but there might be a huge rock stuck under the belly which is restricting the Italian exotic. 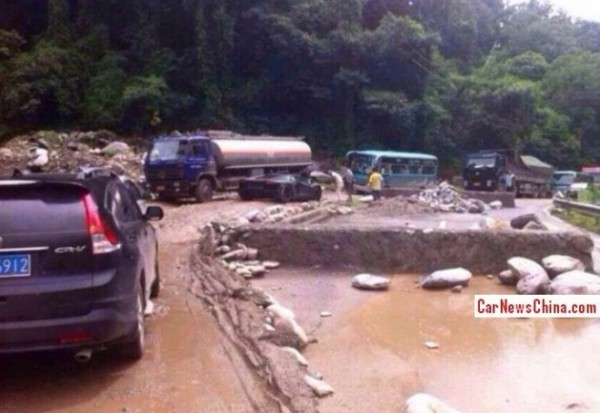 As for the petrol tanker, it got stuck as well with its front right wheel ending up in a ditch on the side of the road.