Remember those blokes who revved the life out of the new 2017 KTM 250 Duke and the 390 Duke just for the sake of a Facebook LIVE video? Well, they’ve been shown the door by KTM and it’s highly unlikely that they’d find another placement any time soon after the incident. In case you missed the viral video, check it out below:

The incident took place at the KTM showroom in Nedumangad, Kerala where five members of the staff were seen misusing the new models which were meant for display and demonstration purpose. KTM published an official statement, announcing the expulsion of the five employees. 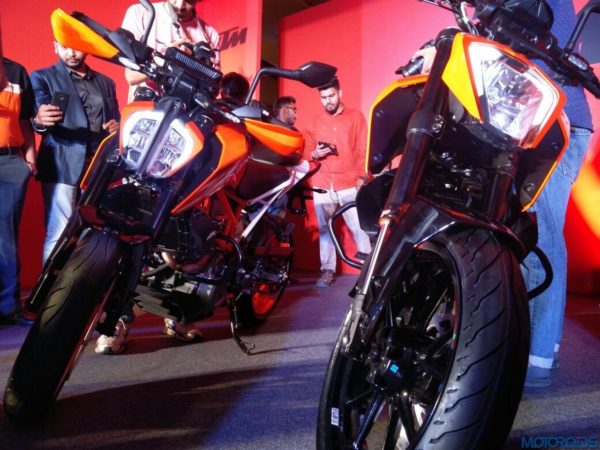 Image For Representation Purpose Only

Below is the official statement released by KTM:

Over the past week a number of you have brought to our notice a video depicting an incident that occurred inside the premises of a KTM showroom in Nedumangad, Kerala. The video showed staff of the showroom behaving in an unprofessional manner and misusing a brand new 390 Duke and 250 Duke.

In light of this video 5 members of staff who were involved in misusing the motorcycles and filming the act have been dismissed with immediate effect. We would also like to share that the motorcycles seen in the video are exclusively meant for display and demonstration purpose at the Nedumangad showroom. These motorcycles were not and will be not eligible for sale to customers.

We would like to thank all of you who as custodians of KTM shared the incident with us helping us to take prompt action. We also appreciate your understanding that this was in every sense a standalone case and in no way reflects the sincerity with which more than 325 KTM showrooms across the country serve our valued customers.

For 2017 we have an exciting new range of world class motorcycles and we are geared up to provide enthusiasts like yourselves an equally rich ownership experience.