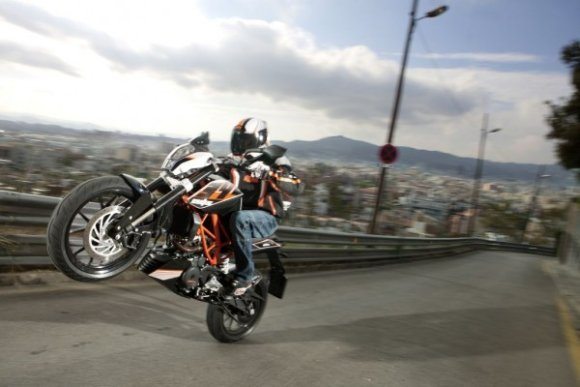 KTM has detected a problem with the front sprocket of the 390 Duke which could potentially cause the chain to come off loose. The Austrian manufacturer is addressing this problem by replacing the sprockets on 390 Dukes manufactured till March 2014 free of charge all over the world.

According to KTM, the front sprocket can become misaligned, causing the chain to come off the teeth. Although there hasn’t been any reported incidents so far, this is quite a serious issue as the chain coming off the sprocket teeth can potentially lead to rear wheel lock-up, and maybe the inevitable skid. KTM has already adressed this issue in production, so bikes made after march 2014 should be safe from this glitch.

KTM has made no official announcements on this, and insists that this is not a recall, with a spokesman stating to Visordown, “Within the EU we use the term TI or technical information. This basically means it’s an issue we are aware of and something that is carried out when the bike is next taken into a dealer, at no cost to the customer. Only safety related issues are subject to a recall and in those instances it is the manufacturer’s responsibility to contact all affected customers.” The company’s Malaysian arm however asked its customers to check if their “sprocket plate doesn’t have any of its indentations lining up with the shaft pieces. They should be opposite to stop the plate sliding off,” according to the Duke 390 forum.

So, if you own a pre-March ’14 390 Duke, we’d suggest you get your bike to the nearest Probiking stat!