There’s no denying that the The KTM Duke 200 and 390 have played a vital role in the development of Indian performance bike segment. Thanks to the KTM Duke 200 and 390, Indian performance biking enthusiasts now have access to world class motorcycles with good performance and attractive price tags. Most of the KTM owners we know of have been appreciative of the bike’s strong performance. However, there have been some who can’t wait to extract more out of their Katooms. People have often been seen slapping on a free flow exhaust or giving the engine a re-map. While these mods have surely been effective with improving the engine performance, the biggest hurdle that comes in the way of those willing to opt for these mods, especially a re-map, is that these modifications void the warranty.

Late last month, it emerged that KTM India is busy readying re-maps for KTM Duke 200 and 390. What was even a bigger joy for us was the news that these maps, from the manufacturer himself, won’t affect the warranty of the bikes. It was being said that while one of these two maps will be for performance riding, the other will be for city usage. Both these maps will come certified by KTM Austria and the maps will be available at KTM service centres across India.

Now though, a new report has cropped up, which dismisses the news of KTM India preparing any such maps for its motorcycles. This report goes on to say that while KTM does offer engine maps for some of its high end bikes, it has no plans of introducing the same for the 200cc and 375cc engine variants of the Duke. Sad! No? 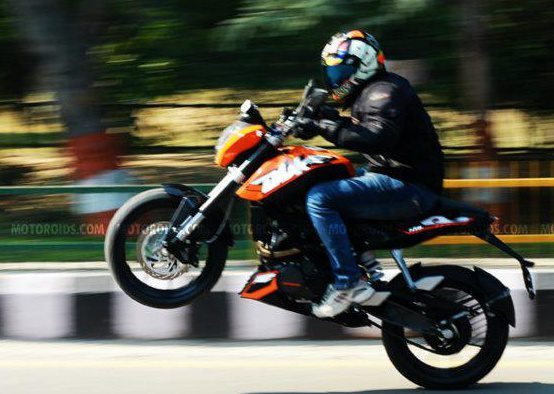