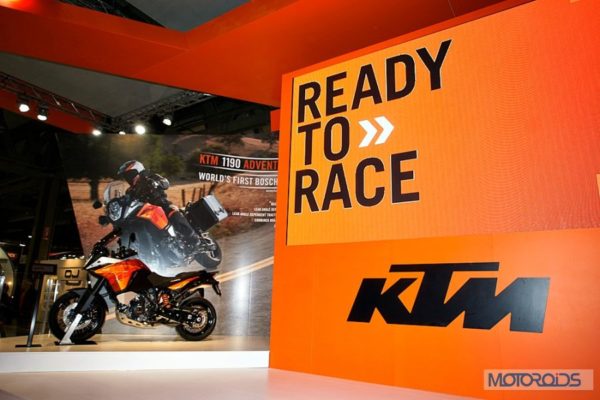 Image is for representation only

The existence of the KTM Adventure series is one of the biggest mysteries that we have come across this year. An Adventure model based on KTM’s Duke series was highly anticipated. Renderings were floating all across the internet and many were excited about these dual-purpose motorcycles.

However, a few days back, the motorcycling enthusiast community was left disappointed when the Press and PR Coordinator for the Austrian manufacturer said that the Duke platform is suitable only for naked and sportsport bikes and cannot be used for an Adventure based model. The modification required to convert the Duke platform to suit the adventure series was not commercially viable. Hence, the company had postponed the plan to introduce the Adventure series in India in 2015.

KTM has said that it will develop an entirely new platform for its 200/390 Adventure motorcycles. But it might take longer than expected. We are happy for the fact that KTM has not entirely scraped the plans for a smaller capacity adventure series.

With the response that the renderings received over social networking websites, KTM should seriously consider bringing the Adventure series into existence as soon as possible. Do you agree with us? Share your thoughts and opinions through comments below.

Stay tuned to Motoroids for more news from the motoring world.