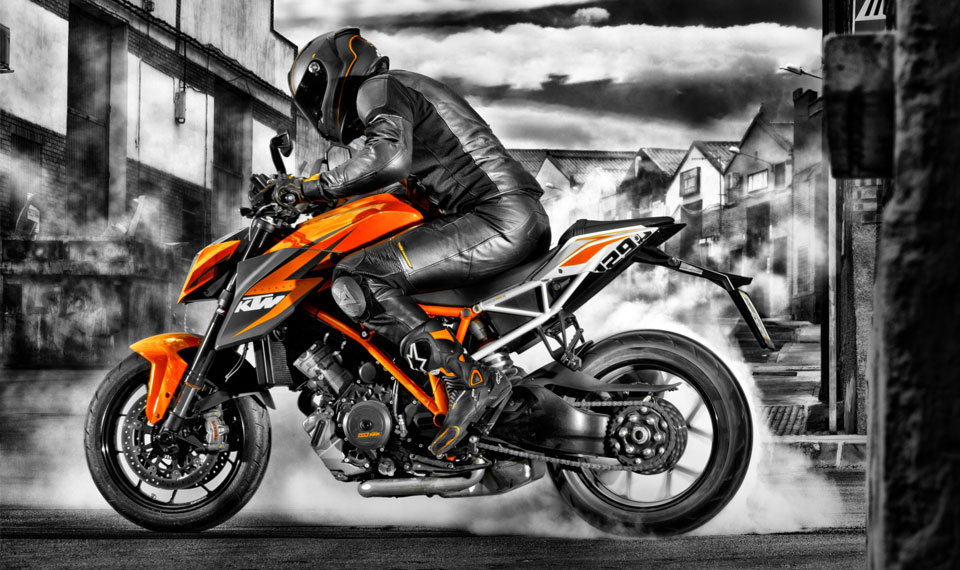 After enough of teaser pictures and images, Austrian motorcycle manufacturer has finally and officially revealed images and specifications of the KTM 1290 SuperDuke. 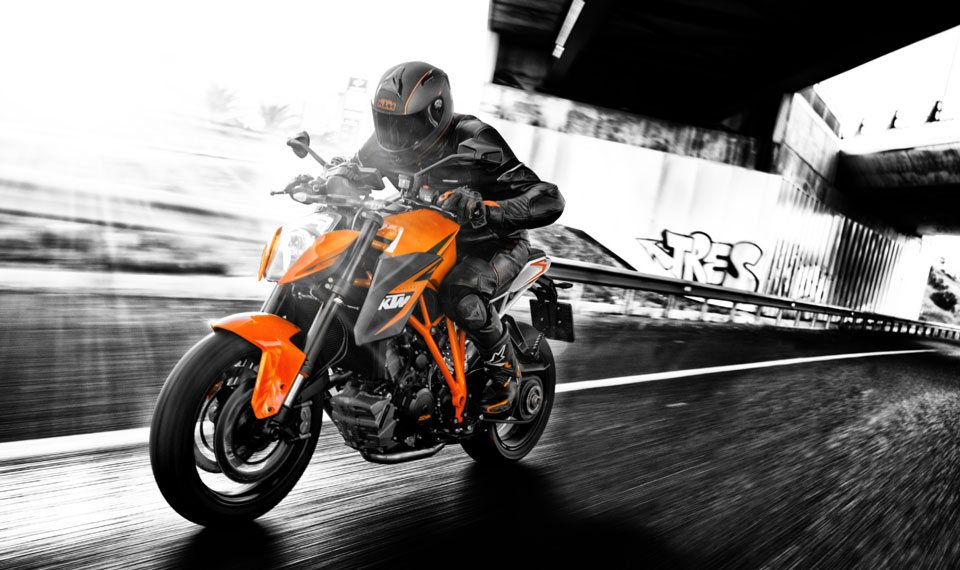 Utilizing a Bosch and Keihin ride by wire system, the SuperDuke gets 4 levels of switchable traction control viz. (1) RAIN for smooth and limited power and an early intervening traction control, (2) STREET for sporty and super-swift performance, (3) SPORT with full power at disposal coupled with a controlled drift feeling (4) PLUS for Supermoto if one wishes to go drifting around the track. 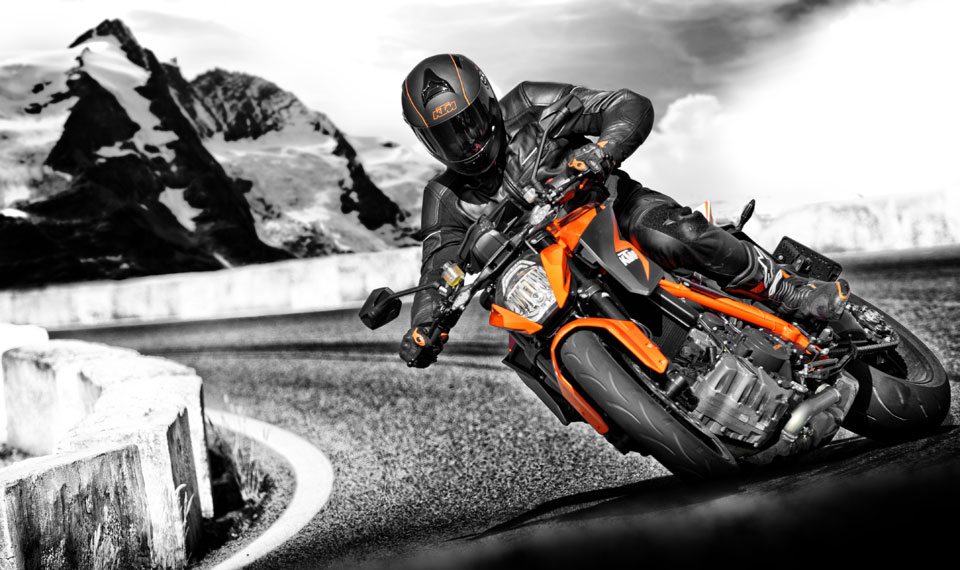 Shedding speed or bringing the Orange Monster to a halt are a set of Brembo M50 monoblock calipers mounted on twin 320mm discs at the front. A BOSCH Anti-lock Braking System (ABS) except the Supermoto works in all other riding modes.

KTM claims the 1290 Super Duke R to be highly economical at fuel consumption with a 15,000 km service interval.

Needless to say, the new 1290 Super Duke R has set our hearts racing past the redline. What do you say?

A sumptuous set of pictures await you on the NEXT PAGE.