The US-North Korea relations have improved significantly with President Donald Trump meeting Kim Jong Un at a summit in Singapore. But the competition does not seem to have fade away. After boasting about a certain “button” on their desk, Trump decided to showoff his Presidential State Car, The Beast, to the North Korean leader who himself rides in a Mercedes-Benz S-Class which is flanked by his bodyguards. 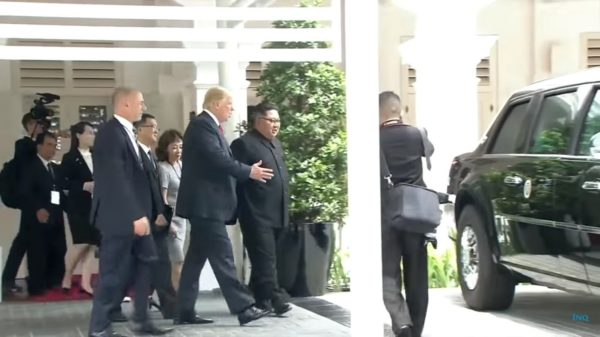 However, as seen in the video, Kim Jong Un just got a glimpse of the vehicle before the two leaders walked away. Check out Donald Trump show-off The Beast to Kim Jong Un in the video below:

The heavily armored vehicle is based on a Cadillac limousine and is equipped with a ton of safety features. The body of the car, for example, has a military grade armour. A reinforced steel plate runs under the car to protect the occupants from bombs and grenades that could be placed underneath the vehicle.

You May Like: Why does Narendra Modi use an armoured, INR 5 crore BMW instead of a India made vehicle? 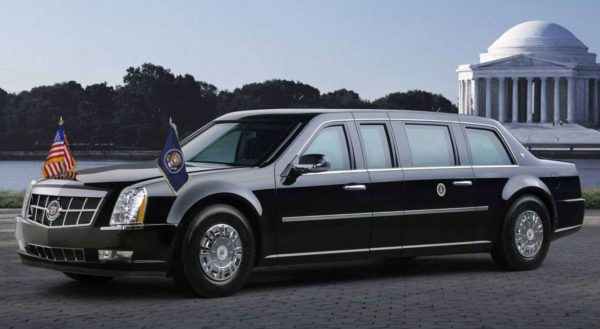 The car, with all the equipment and armour, tips the weighing scale at 8 tonnes and requires some serious power to move. The duty is performed by a 6.5-litre diesel engine that can achieve speeds of upto 60 miles per hour.

Check out a detailed report on the Presidential State Car here

Kim Jong Un’s vehicle may not be as sophisticated as The Beast but his vehicle is protected by the finest from the Korean People’s Army and are known as Main Office of Adjutants. These specially selected bodyguards undergo extensive training to protect their leader. Check out Kim Jong Un’s bodyguards create a human shield around his vehicle: