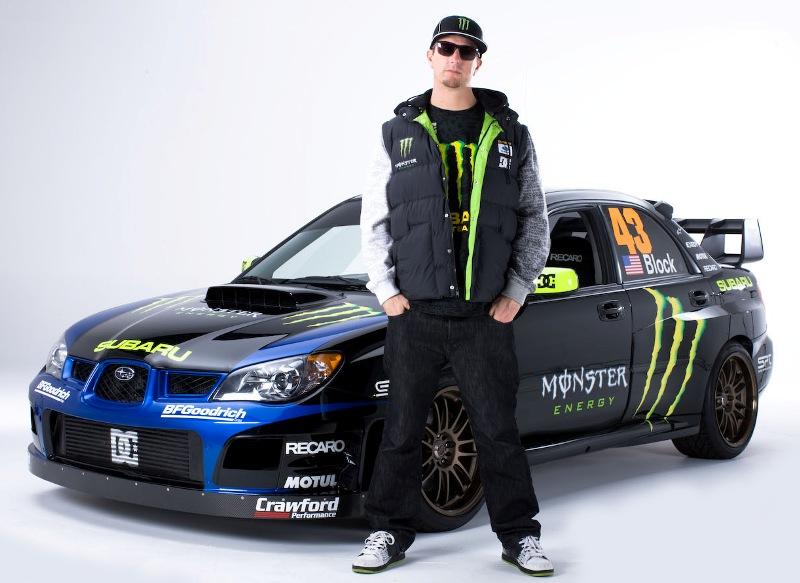 Of course you have seen this guys mind boogling antics in the Gymkhana videos. No? Then you certainly must have seen him make James May queasy in the latest season of Top Gear.

From next year our ‘sensei’ of drifting will take all his sideways action to the WRC in a Team Monster (what an apt sponsor name b.t.w) Energy drink rally car. The new team has signed him up for a three year deal from 2010 through to 2012. He will be joined by Ex-rally driver team-mate Chris Atkinson.

WRC is keen to have a footprint in the US, because that is still where all the moolah is and presence of Ken on the grid will give a sport a major fillip. Block and Atkinson will compete in about half of next years rallys in and all the rallys from 2011.

However Block will be racing a 2009 Ford Focus and not the WRC Fiestas that are probably going to the best cars on the grid. He obviously won’t be challenging Loeb or Latvala for the championship next year cos rally ain’t that easy. But it would be great to see how much of a chance raw talent has at the pinnacle of motorsports and also whether Loeb could make a much crazier video only of he wanted to.