Kawasaki unveiled two new entry-level bikes at the INTERMOT bike show in Germany, the Ninja 125 and Z125. Both the bikes are aimed towards a younger audience in European countries, where the smaller size engine size would imply one could ride with an entry-level A1 license. The bikes will share a 125 cc, liquid-cooled single cylinder engine which would churn out 14.8 horses and a turning force of 11.6 Nm. As the names suggest, the Ninja 125 like its elder sibling will be a faired motorcycle while the Z125 will be a naked street bike. Both the bikes would be the brands lightest road bikes on offer. 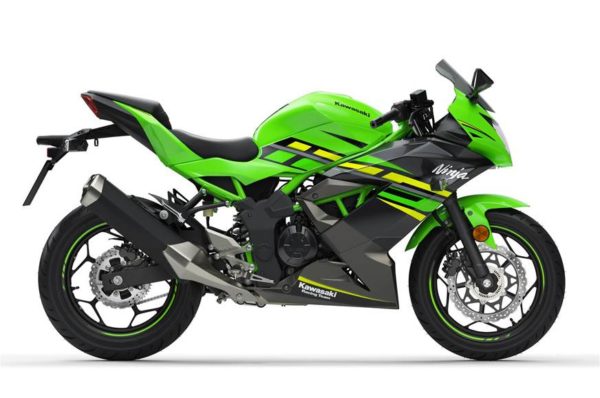 The bikes carry design cues from their elder siblings and sport a similar paint scheme as well, making them look pretty similar. However, subtle differences like a high rake angle on the rear of the Ninja and a smaller exhaust end can on the Z differentiate the bikes from their elder siblings. In terms of safety equipment, both bikes get dual channel ABS as standard with a 290 mm disc in the front and a 220 mm disc at the rear. Suspension duties are done with a telescopic fork in the front and an adjustable mono-shock at the rear in both bikes. 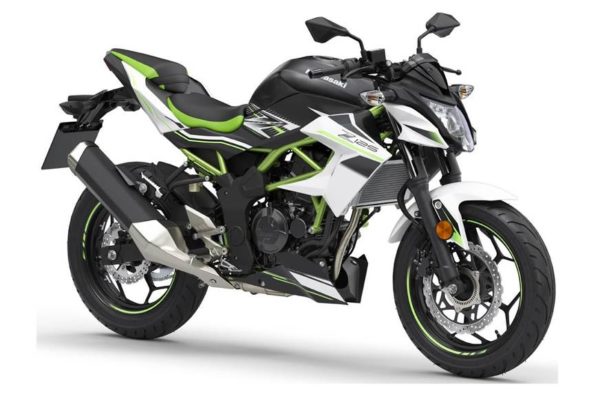 Also Read: The Kawasaki ZX-10R Gets a Price Rise, Still Undercuts Its Competition

Both the bikes will also get two ride height options, the Ninja’s saddle can be placed at a height of either 785 mm or 805 mm and that of the Z125 can be placed at 790 mm or 815 mm. There is no news suggesting if the bikes would make it to India, it seems only the European market will get these beauties for now. They will go against the similarly designed KTM Duke 125 and the RC 125, which are also very unlikely to make their way to India. The reason for the companies not launching such products could be the lack of demand for sporty bikes in the engine category, where fuel efficiency is considered more important than riding dynamics.