Home News Kawasaki Unveils A Crazier Version Of The ZX-25R

Kawasaki has been taking the saying ‘Pushing the envelope further’ pretty seriously. They made our hearts whimper when they first unveiled the quarter-litre rocket – the ZX-25R. Though they haven’t revealed the specs of this four-cylinder kwacker, a few days ago they uploaded a video where we could witness the ZX-25R howling on a racetrack. It was pure eargasm. But because of the Coronavirus outbreak, they had to push the launch of the ZX-25R and they have made use of the extra time by unveiling a race-spec version of the ZX-25R christened as Racer Custom. 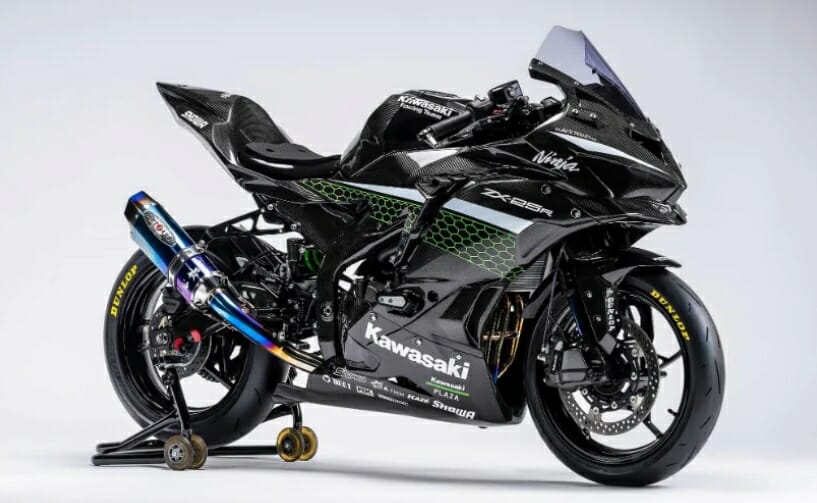 They have built it for a Japanese one-make series in 2021. It boasts of many comprehensive performance upgrades over the regular (not so regular if you ask us) ZX-25R. It extensively uses lightweight carbon fibre components and bodywork. The frame and swingarm are carved out of carbon fibre and lend it that premium feel as well while making it considerably lighter than the street going variant. As expected from a track-only sports bike, Kawasaki has gotten rid of street components like all lights, as well as number plate and mirrors. Painted in black with carbon fibre garnishing all around makes it look like it means business even while standing still. 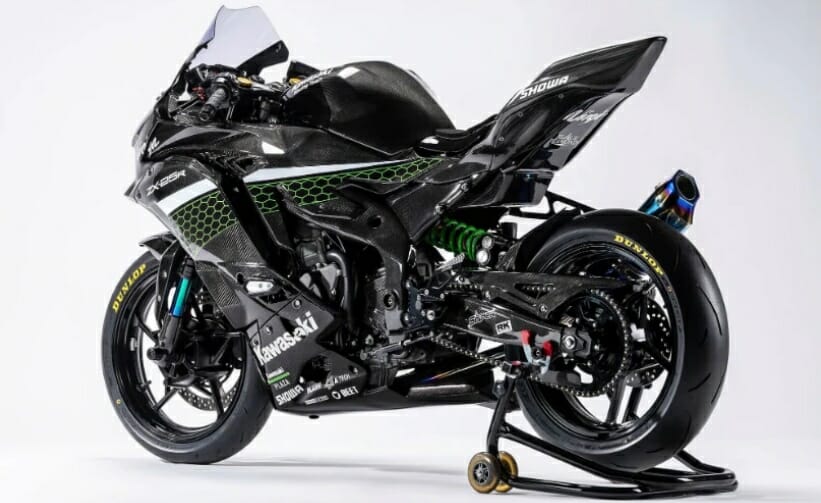 There are more custom parts incorporated in developing this Racer Custom including a fuel tank, airbox, subframe, seat unit and fairings. Other performance upgrades include race-spec Dunlop Sportmax α-13SP tyres and a free flow NASSERT-R Evolution Type II exhaust. If the standard street variant of the ZX-25R sounded that menacing, we can’t wait to listen how this Racer Custom will sound like. The front forks of the race-spec Kawasaki Ninja ZX-25R are the same as the standard model while the rear monoshock has been borrowed from the ZX-10R. The bike gets rear-set footpegs along with adjustable clutch and brake levers. 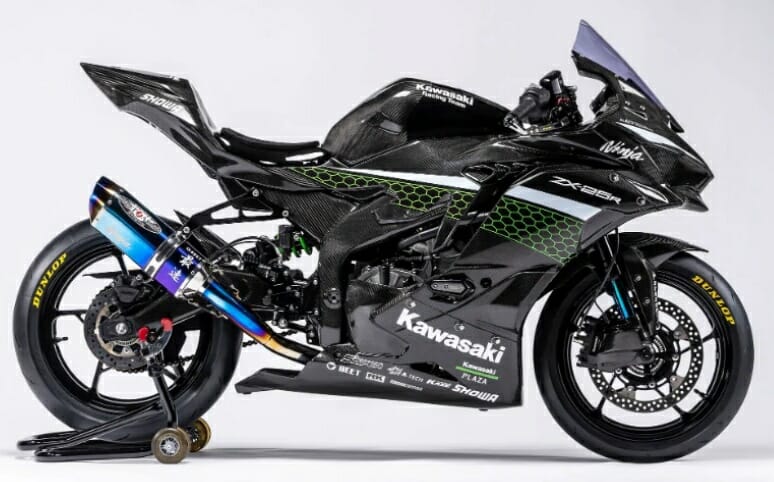 The complete specifications of the ZX-25R aren’t out yet but we can safely assume that it will definitely cross the 50 hp mark and with the Racer Custom we can expect that the number will go higher up. Now that they have made the race-spec version considerably lighter and have included some custom performance parts, it’s going to be a proper hoot on the racetrack. We can just dream about it as of now because the chances of it coming to India are very slim. It doesn’t change the fact that the Kawasaki ZX-25R Racer Custom is an engineering marvel and deserves accolades from all around.