How would you picture a woman with a Fashion Designing degree on her resume? Maybe, someone who dresses well, is stylish, wants the world to follow her style and drives around in a good looking pink car. Cathy Butler from California, USA is the perfect woman to bust that myth then. She is a fashion designer alright, but also competes at the Bonneville Flats and has several records to her name. This time she will attempt to set a new Land Speed Record at the famous Bonneville Salt Flats in Utah on a Kawasaki Ninja ZX-10R. 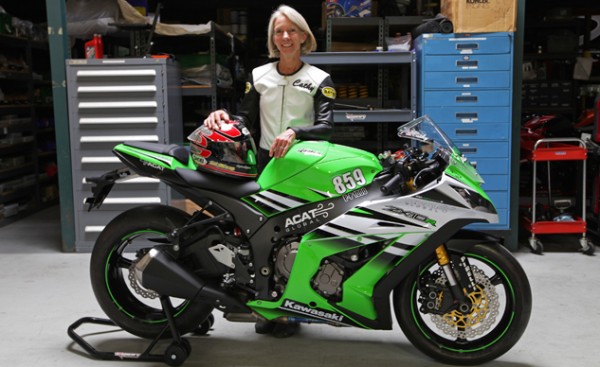 Catalytic converter specialist, ACAT Global has entered the Kawasaki Ninja ZX-10R in the event, with an aim to prove its motorcycle products in the most challenging conditions. The bike has been modified for the record attempt by racing specialists, Erion Racing. Both Erion and ACAT chose the Ninja 10-R as a result of its potential even in stock conditions. The bike will enter the event in the Production-Production 1000 (P-P 1000) class, for 1000cc motorcycles with a production frame and engine.

Erion Racing President, Kevin Erion explained, “The rules dictate that any part of the motorcycle that can be seen must be stock. We can remove the mirrors and turn signals, as well as the rear footpegs, provided they don’t support the muffler. This is why the class is so attractive to a manufacturer, because the motorcycle that breaks the record looks exactly like the machine somebody can buy. We’re allowed to make internal damper and engine modifications, so it’s basically a near-stock bike running on Pirelli World Superbike tires, which are mandated by the rules.” 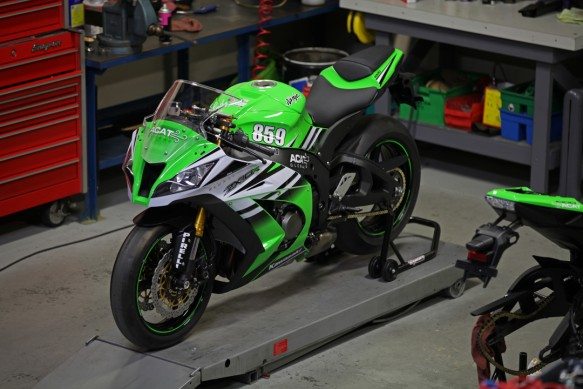 The current SCTA P-P 1000 record stands at 198.24mph, set in 2012. With Cathy, the team is confident of registering their names in the record books as they have already gone through a few shakedown runs at the El Mirage dry lake-bed in California.