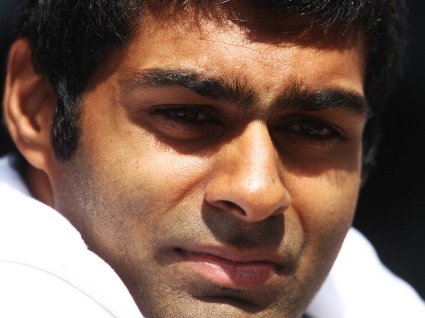 Due to financial crunch, the big boss of HRT Raing, Colin Kolles has put in place a rotation policy in order to infuse more funds to the teams budget for 2010. With Yamamoto ready to pour some million of euros into the team’s account quite often, Colin has decided to let him replace each of his existing drivers on a race to race to basis. As a result, Sakon Yamamoto will pair up with Senna for the German Grand Prix in place of Chandhok.

Karun however seems to have taken this decision in a right and respectful spirit. He said, ” The team have taken a decision that they’re going to rotate drivers between the four of us that are on contract with the team. At the end of the day we’re not fighting for the World Championship or for points and with the current testing regulations. it’s quite difficult for them to evaluate drivers during a season. Obviously all four of us are super license drivers, so we can’t do the young driver days at the end of the season. And we missed the pre-season testing. It’s a team decision and I’ve got to respect that. Of course as a driver you want to drive all the time but at the end of the day you have to respect the decision of the team.”

The Indian driver will make way for reserve driver Sakon Yamamoto at Hockenheim this weekend. This comes two weeks after Bruno Senna was forced to sit out the British Grand Prix.