Dubai Sheikh’s have been known to spend huge money on acquiring fancy registration plates for their supercars. Some even spend millions on getting fancy mobile numbers.

But Afzal Kahn, the owner of Kahn Design, brought the “F1”  license plate in UK in the year 2007. Since then, several rich people have made offers to him to buy the license plate for him amounting to millions of GBP. 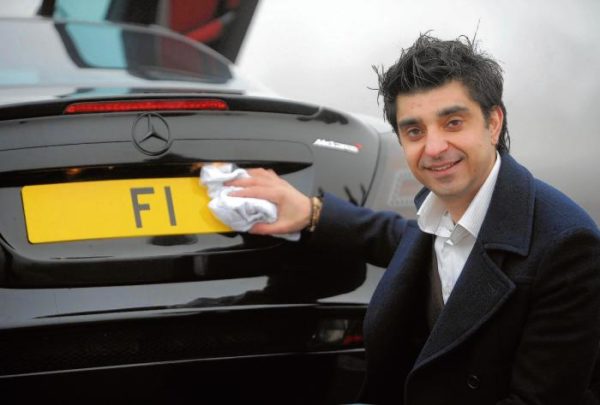 Now, Kahn has finally decided to let go the “F1” license plate. He has registered the plate for sale with an asking amount of a whopping 10,009,995 GBP.

The world’s most desirable license plate is up for sell at a staggering 10M GBP. However, we won’t raise any eyebrow should someone buy the plate as an investment since the license plate’s value won’t depreciate like the objects (read cars) for which the plates play the identification duty.