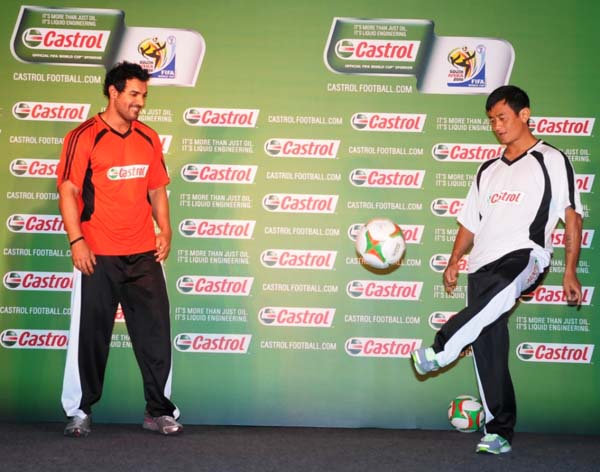 John Abraham will be going to the FIFA World Cup™, as will 29 lucky winners of Castrol 2010 FIFA World Cup promotion, which is ongoing from 1st February – 15th April 2010. Besides getting to see one of the 2010 FIFA World Cup matches, the winners will also get to experience South Africa and interact with some of Castrol’s global brand ambassadors. 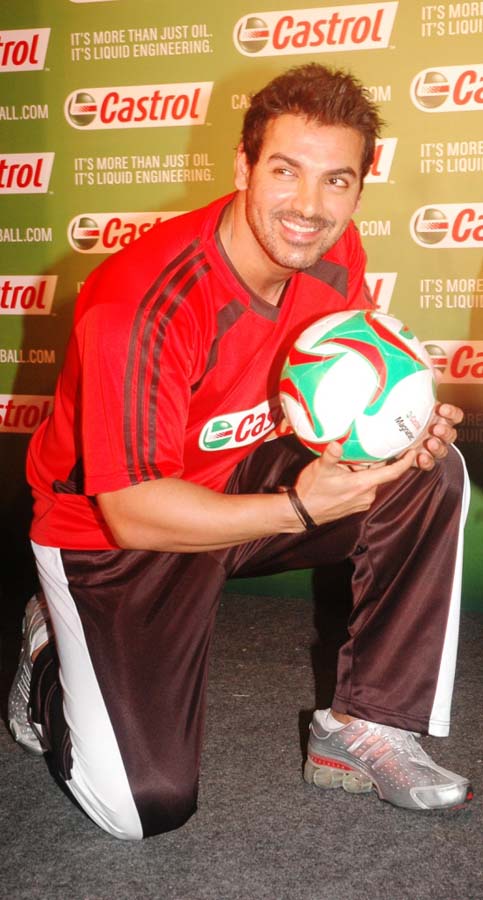 This is the largest ever consumer promotion by Castrol India in its 100 year history. Besides the opportunity to go to the 2010 FIFA World Cup™, there are over 75 Lakh prizes to be won by Castrol consumers during this period. The promotion will be supported by an extensive consumer activation program in the top 25 Indian cities, covering over 6000 retail outlets and reaching over 50 Lakh consumers. 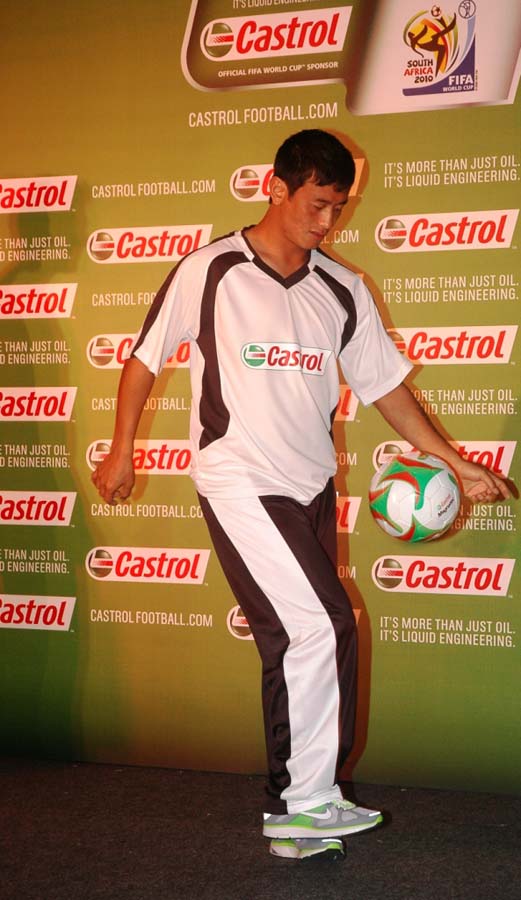 Speaking at the event, John Abraham said, “I have always been an ardent football fan and am most grateful to Castrol for giving me this great opportunity to go to the FIFA World Cup. It indeed makes me very proud to be associated with a prestigious brand like Castrol, along with its other prominent global brand ambassadors, who I look forward to meeting during my trip to South Africa. I would urge all Castrol customers and football fans alike to go ahead and make the most of this money can’t buy experience offered by Castrol – to win a chance to watch the World Cup and cheer your favorite team Live in South Africa! Apart from this once in a lifetime opportunity being provided to die hard football fans, I’m also deeply impressed with the Castrol Predictor, which will run live online at www.castrolfootball.com throughout the tournament and give fans a chance to know where their team stands on a real time basis.”

Apart from this once in a lifetime promotion, Castrol has taken its commitment to football a step further with the ‘Castrol Predictor’. Castrol Performance Analysts will now also be providing fans a unique insight into who is most likely to win the tournament with the Castrol Predictor, which will run live online at www.castrolfootball.com throughout the tournament.