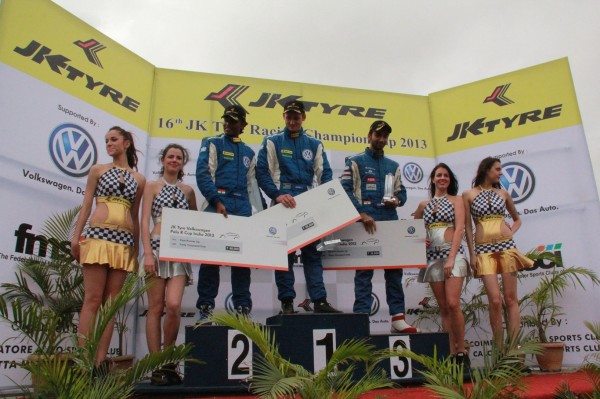 Jeffrey Kruger won Race 2 of Round 1 of JK Tyre Volkswagen Polo R Cup 2013 to make a head-start into the Championship. The South African driver took a challenging start from 7th position but quickly made up 5 places to come to the second spot in the first corner of lap 1. On lap 5, Jeffrey made a move on rookie from Chennai, Karthik Tharani, to take the lead in the race and successfully managed to defend his position till the end. Putting up an extremely impressive performance, Karthik, managed to finish 2nd. After a tough fight, Race 1 winner Rahil Noorani came up from 8thposition to finish in 3rd.

Race 2 of Round 1 started off with most of the front runners going hot in turn 1 of lap 1. Jeffrey, taking advantage of the situation, made quick moves to come up in 2nd position while Karthik had managed to take on the holeshot. After holding back Jeffrey for over 4 laps, rookie driver from Chennai, Karthik had to give in to the experience of the South African driver as he made a move to take the lead in the race. From there, it was no looking back for Jeffrey and went on to win the race and take lead in the championship.

Polo R Cup rookie Karthik showed a promising performance by crossing the finish line in 2nd position; the first podium in his first race weekend. Race 1 winner Rahil Noorani managed to jump up the positions from 8thto 5th on lap 1. Moving steadily, he made 2 positions and by lap 6 he was in 3rd position to clinch the 2nd podium of the day.

After the first Polo R Cup weekend in Coimbatore, which started with two challenging races and 14 fresh faces from across the country, the experienced driver Jeffrey Kruger, Rahil Noorani and Prashanth Tharani lead the championship, which will be continued in Chennai from 9th to 11thAugust.

Jeffrey Kruger, Polo R Cup leader after the Coimbatore races, gave a positive summary: “It was a perfect race weekend for me. 1st and 2ndposition assured me that I have the pace to be on the top. Racing in India is exciting and what is even better is the good level of competition without any unfair tricks. Volkswagen India maintains all the cars at the same level and that brings out the drivers’ skills.”

Prithviraj Siddappa, Head of Motorsports, said, “Race 2 of every weekend is always exciting with the reverse grid. There are a lot of fights throughout the race and that is exactly what we witnessed today. It was good to see drivers battling for positions all the way till the end of the race.” 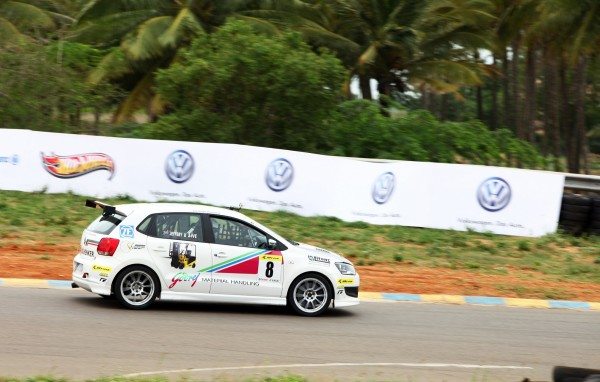