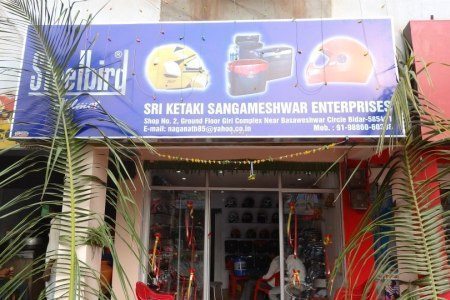 With a mission to educate thousands of school and college going girls on safe two wheeler riding, India’s largest selling helmet brands, Steelbird, has kick started a noble campaign “ I AM EVE- I RIDE WITH PRIDE’. The campaign will be running through various colleges across Delhi NCR in due course of time.

The campaign which will be in the form of short films conveying the message of safe riding is a CSR initiative of Steelbird Helmets, which is very first time conceptualized and being executed keeping in mind the safety and security of female two wheeler riders. The campaign will provide an opportunity to young college girls who are found of acting to showcase their talent to the outside world by participating in the auditions for short film which will be produced by steelbird helmets at various college campuses.

Elaborating in details Mr Shailendra Jain, Sales & Marketing Head of Steelbird Helmets Said, “The campaign will run through two phases one is making the Film and second is screening the Film with campus audience. The core idea behind this activity is to educate a large of section of students about the safe riding and involve them to be the front face of this campaign”

Further Stated by Mr. Jain, Steelbird has joined hands with well known social film maker for the same who will be spearheading the auditions, productions and final editing of these shorts films. The first part of the campaign is a daylong audition which will be conducted at various colleges’ campus on time to time and will be open for all the girls. The shortlisted candidates will be called for shooting which will be held at the campus only. Once the film is done is will be screened at the college auditorium. The theme of these short firms would be on women safety, safe riding etc

“Since the campaign is exclusively focused on female riders hence we are kick starting the campaign from all women colleges told Mr Ulhas. “The first college we have shortlisted is Gargi college in south of Delhi where the campaign will be roll out on 24th July. The auditions will be done on 30th July and after subsequent week the shooting will be done. The film will be ready for screening in 15 days…. . “

As per Mr. Shailendra Jain “We have selected various themes and topics which are need of the hour today to educate a common man on the safe riding, wearing quality helmets and various other safety related issues. Once the campaign will be over covering almost 45 colleges in Delhi NCR, Steelbird will hold a short films festival where all these 45 shorts films will be screened to public and best one will be awarded told Mr Jain.

To participate in the auditions please watch your college notice board or one can visit at steelbird helmets facebook page or www.steelbirdhelmets.com