Nepal is going through a really difficult phase as natural calamities have stuck the nation. People from across the world are stepping up to support Nepal during these difficult times. One helping hand is one of the world’s leading manufacturers of earthmoving and construction equipment company. 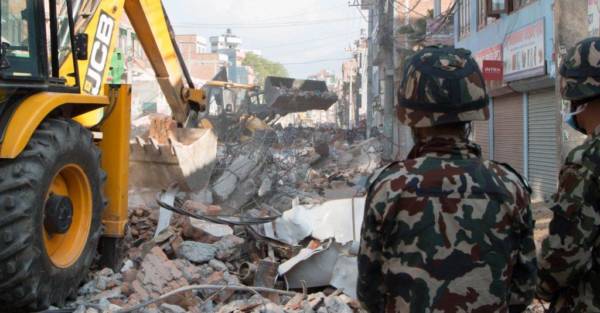 JCB stepped up its support for earthquake-stricken Nepal with the dispatch of more machines to help the country with its clear-up operations. The USD 250,000 equipment donation comes after a second earthquake with a magnitude of 7.3 struck the country, killing dozens of people and injuring more than 1,000. The first earthquake killed more than 8,000 people and left thousands more homeless. JCB responded by donating $1 million worth of equipment including a fleet of backhoe loaders and electrical generators.

The company donated additional four machines, including compact skid steer loaders, to respond to the current needs in the region. Also included in the donation are a pick-and-carry crane and a Loadall telescopic handler which can lift and load debris in areas devastated by the quakes. JCB is supplying the machines through its dealer, MAW Enterprises Pvt Ltd, in Nepal.