Recently, Jawa Motorcycles organised an online contest called Kommuniti Kustoms to keep its fans occupied during the COVID-19 lockdown. It encouraged enthusiasts to design their own custom Jawa. There were no limitations, boundaries or budget constraints as one would usually expect when given a design brief. The fun activity allowed the inner artist in oneself to go wild and come up with some radical concepts using the Jawa Forty Two as a base.

From the looks of it, the participants did manage to grab the eyeballs quite well. There was a range of entries on showcase- from cafe racers, adventure tourers to scramblers. The shortlisted entries give custom motorcycle builders and Jawa owners interesting modification ideas.

And now, Jawa has announced the winners of the contest. The winner of the Jawa Kommunity Kustoms contest was Soheil Kalarickal, an art director from Bengaluru, who imagined the Jawa Forty Two as a motorcycle which is a mix of brat and cafe racer designs. The second position went to Milind Solanki, an architect from Surat, who imagined the Jawa as a modern scrambler motorcycle. His composition was called the ‘Scimitar’. Lastly, the third position went to Shri Lohar, a polytechnic graduate from Belgaum, who transformed a Jawa Forty Two into a minimalistic sport-scrambler. 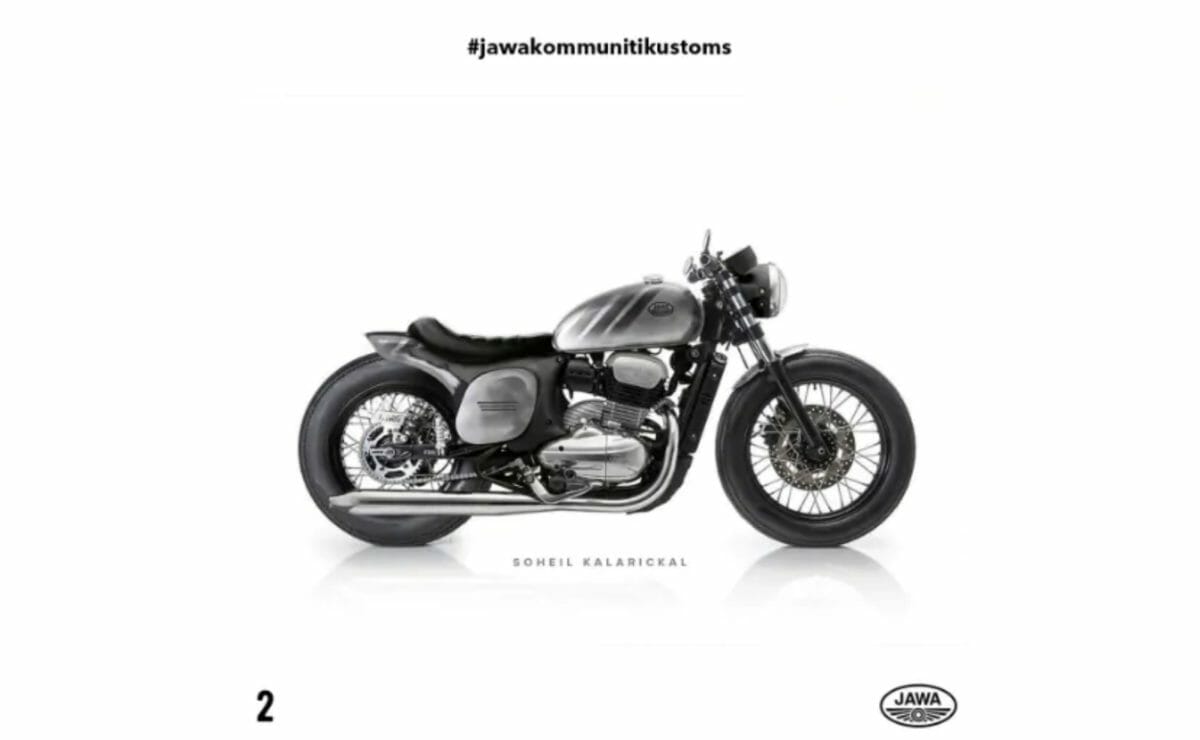 The list of rewards is long as the winner will be presented with a custom hand-painted commemorative Jawa fuel tank and all three finalists will be awarded signed copies of “The Forever Bike”, a coffee table book by Adil Jal Darukhanawala on the history of Jawa brand. All three finalists will have an opportunity to intern with the design team of the company at its headquarters to turn their design concepts into a reality. 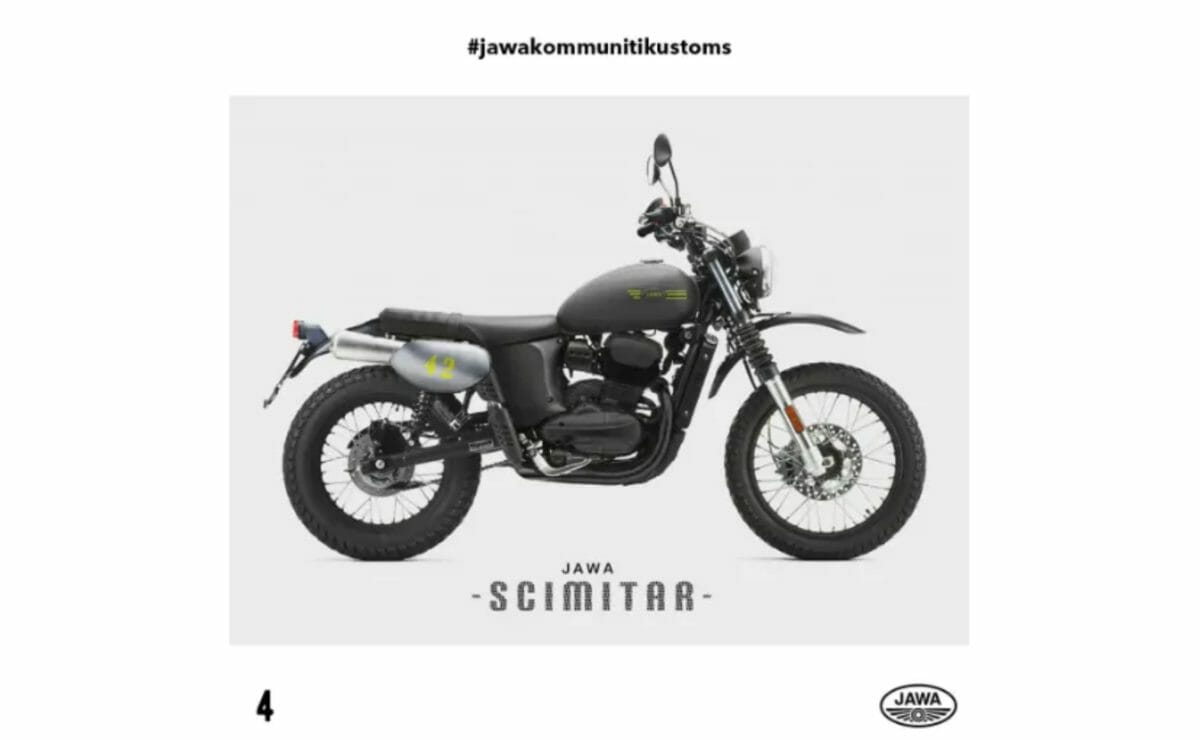 It looks as if the campaign was aimed at demonstrating the Forty Two’s ability to take on customization. Aftermarket modifications contribute hugely to Royal Enfield motorcycles’ brand image and being a direct rival, Jawa Motorcycles is aiming to achieve similar recognition. One of the most attractive designs was the concept which morphed the Jawa Forty Two into a neo-retro adventure tourer inspired by the radical-looking Husqvarna Norden 901. It’s simple, clean and elegant and could possibly be used as one of the directions if Jawa ever intends to step into the adventure touring space. Sure it does look far-fetched but isn’t that what these competitions are all about?