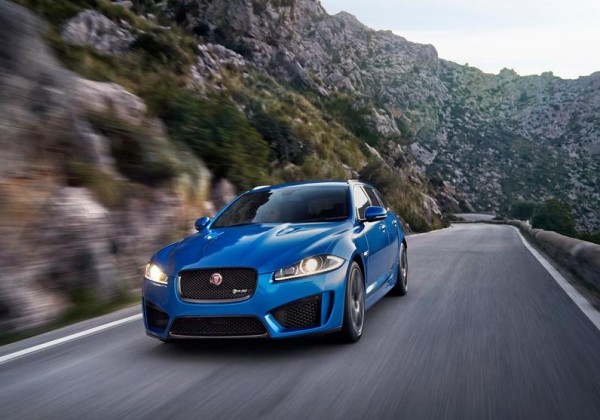 The new Jaguar XFR-S Sportbrake will be available in the UK from April 1, this year, and will have a sticker price tag of 82,000 pounds.

Powering the Sportbrake will be the 5.0 liter supercharged V8 which also powers the XFR-S saloon. The V8 develops 550 PS of max power and 680 Nm of peak torque. The engine is mated to an eight speed automatic transmission with ‘Quickshift’ functionality, which allows the car to hit the ton in 4.8 seconds. The top whack of the car has been electronically capped at 300 kmph. Jaguar says that the fuel efficiency for this car has also been optimized with spray-guided direct injection and dual independent variable cam timing. The fuel efficiency is pegged at 7.67 kmpl. 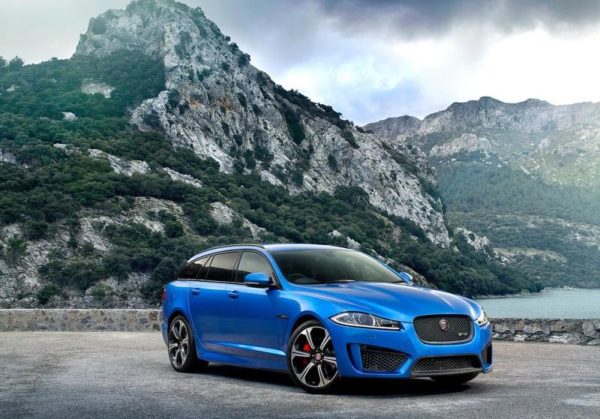 The frontal section of the car gets larger and lower sitting central and side air intakes than the XFR-S sedan. The sides of the car feature an extended side sill and aeroblade moulding behind the front wheels for enhanced aerodynamics. The same function is served by the aeroblade moulding which features behind the rear wheel as well. Standard alloys offered on the car are the six spoke, lightweight, 20 inch Varuna forged dual tone alloys. 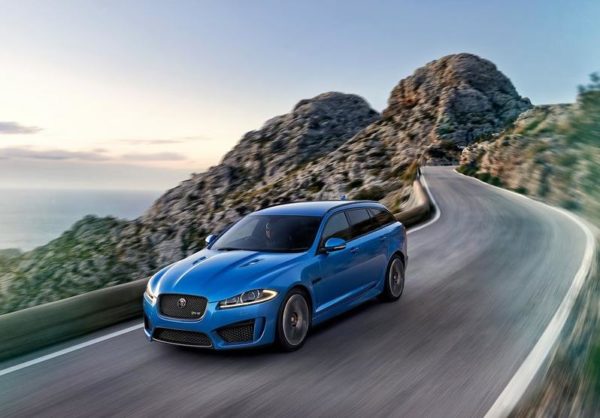 On the rear, a carbon fibre diffuser with three lines is placed in the center to further reduce lift. The sporty look of the car is further enhanced by the dual chrome exhausts at both ends. The car will be available in five exterior paint options- Ultra blue, Ultimate black, Stratus grey, Polaris white and Italian racing red. 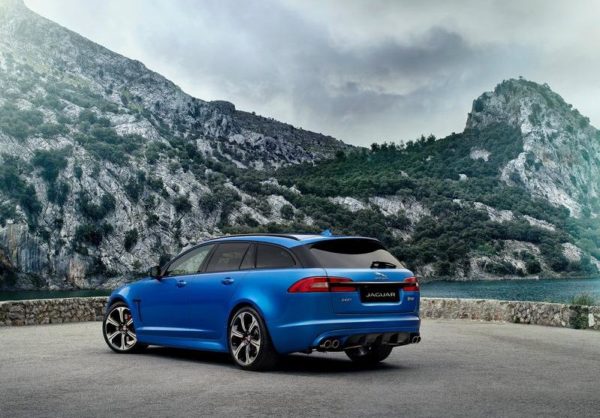 The interiors of the car boast of charcoal leather on the seats. Seat finish can be ordered with contrast color micro piping and stitching in red, blue or ivory shades. The dashboard features dark aluminium accents.

The Jaguar XFR-S Sportbrake, with sports car performance offers versatility and practicality, claims Jaguar. The rear seats of the car split in the 60:40 offering a whopping 1675 litres of cargo space.