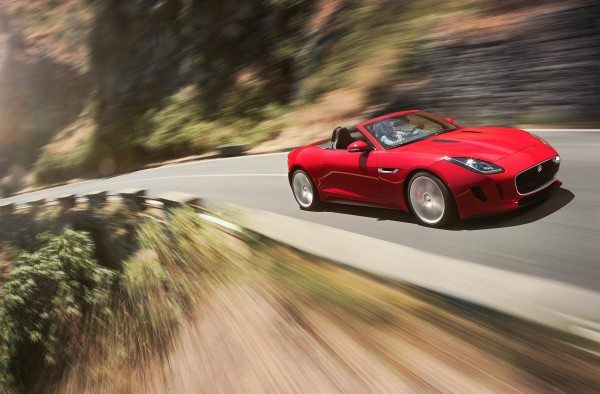 The Jaguar F-Type has bagged the ‘Convertible of the Year’ award from BBC TopGear.

“On the right road, with the roof down and the blood pumping, driving the V8S is more of an adrenalin rush than an automotive experience. Like bungee jumping over an active volcano.”

The new F-Type has also been named Stuff magazine ‘Car of the Year’ 2013. The F-TYPE is highly praised by the editorial team at the publication: “F-TYPE has the ability of an all-out supercar, the elegant looks of a classic E-type, yet comfortable enough to take on a coast to coast road trip.”

A panel of experts from FHM, including cars’ editor Conor McNicolas and deputy editor Dan Jude, named the F-Type ‘Drop Top of the Year’ 2013 in the magazine’s inaugural Car Of The Year awards.

FHM deputy editor Dan Jude said: “FHM is proud to announce the Jaguar F-Type as the Drop Top of the Year 2013. It’s a car that we’ve looked forward to for a very long time, and against all odds it managed to surpass all expectations. A truly magnificent automobile.”

At the Recombu Awards 2013 the F-Type claimed the ‘Best Performance Car’ honour, selected as overall winner by a team of ten experienced in-house writers and freelance contributors, after being shortlisted alongside the Porsche 911 Carrera S and Toyota GT86.

“The new F-TYPE is the ultimate expression of Jaguar sports car DNA. Our talented network of UK dealers and the first customers for F-TYPE have been delighted with their experience with the car. The F-TYPE won the World Car of the Year Design category award at its launch. To now receive these awards from major media in our home market is a source of immense pride for everyone at the company.”