Home Jaguar Jaguar F-Pace: Best look yet; global reveal in Frankfurt in a couple of weeks 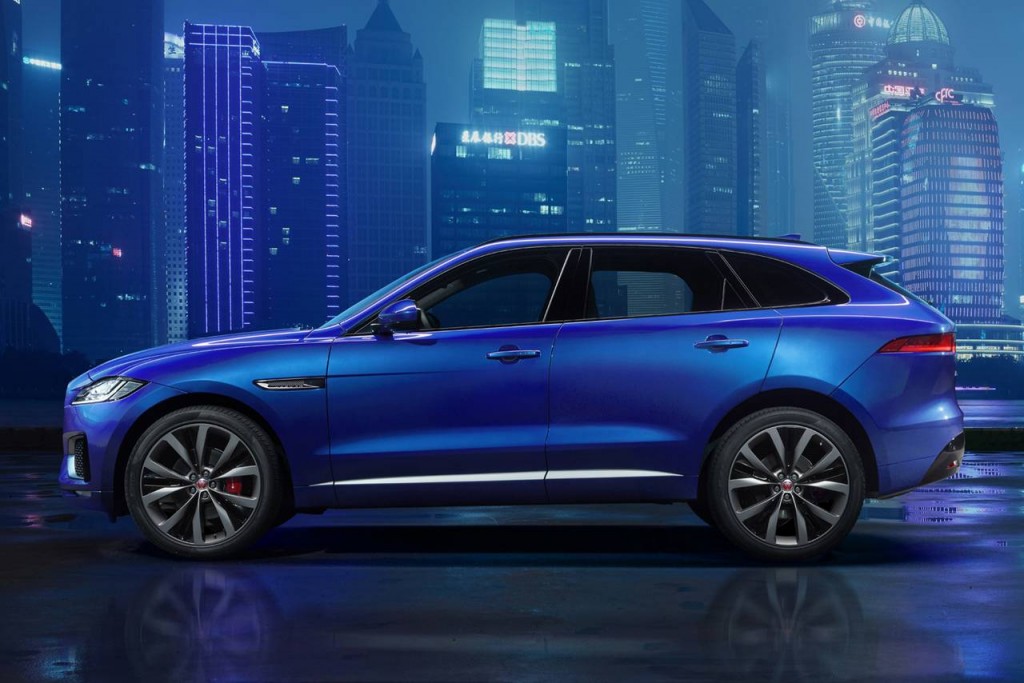 Jaguar has released a single image, along with a teaser video of it’s F-PACE compact luxury SUV.  The all-new Jaguar F-PACE will mark its global première at the 2015 Frankfurt International Automobil-Ausstellung (IAA) on September 17. This will be the first ever SUV from the British luxury and sports car brand.

The vehicle embodies familiar Jaguar lines with a raised stance. A production-friendly evolution of the C-X17 concept car from 2013, the F-PACE features Jaguar’s Lightweight Aluminium Architecture, and will be manufactured in Solihull, UK. It will feature a stiffened body structure, and feature other sports car derived technologies to make it dynamically potent and worthy of its badge.

The F-PACE will be powered by Jaguar’s new Ingenium family of engines, which includes four cylinder petrol and diesel engines. Apart from that, there will be a supercharged 3.0 liter V6 which should back Jaguar’s claim of the F-PACE being  a “luxury SUV designed for those who love driving”.

“2015 is the 80th anniversary of Jaguar Cars and it has been a monumental year of transformation for the brand,” said Kevin Stride, Jaguar Land Rover Vehicle Line Director. “First, with the introduction of the innovative Jaguar XE and followed closely by the all-new XF. Today is a proud moment for Jaguar as we launch the F-PACE, our first compact luxury SUV.”