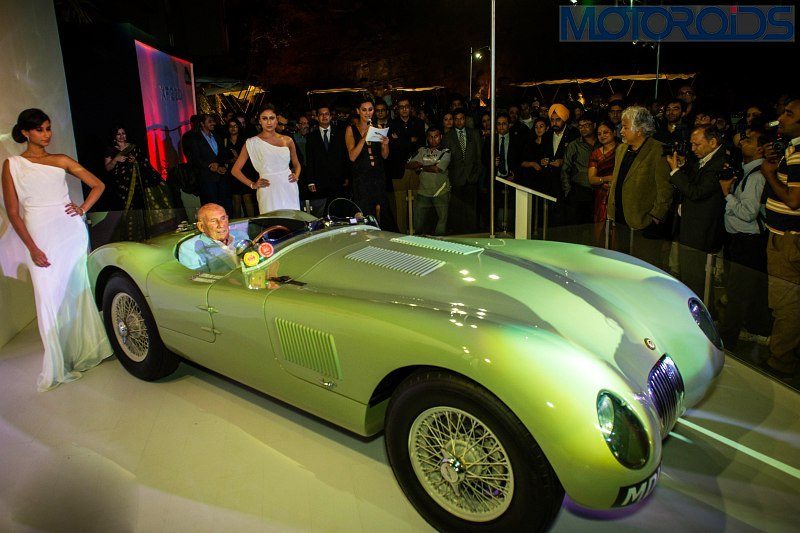 The Jaguar C-Type is the car that brought Jaguar its first victory in the Le Mans 24-hour race. At the 2013 Cartier ‘Travel with Style’ Concours d ‘Elegance, held on February 9th and 10th a stunning version of this famous Jaguar sports car made its debut appearance in India.

The Jaguar C-Type (seen in the pictures) is the car in which Sir Stirling Moss won the 1952 Reims Grand Prix. In addition to this world-famous victory, it ran at the 1952 Monaco GP and in the hands of Moss – took victories at Boreham and Turnberry.

In 1951, the Jaguar C-Type won Le Mans at its first attempt, with a further victory in 1953. Technical innovations such as the C-Type’s disc brakes made their debut on Jaguars at Le Mans, and were rapidly adopted by car makers the world over.