Home Bajaj Auto Is this the speculated Bajaj Pulsar 180NS? 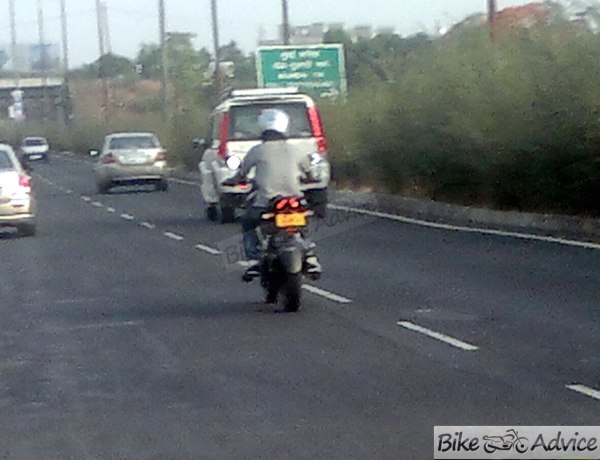 The first Bajaj Pulsar was launched in India more than a decade ago. Since then, the bike has seen gazillion upgrades and the continuous efforts by Bajaj to keep its products updated have surely done a world of good to the two wheeler maker.

However, despite the regular updates, the Bajaj 150cc and the 180cc variants aren’t really the most modern bikes one might buy today. These bikes are front-heavy and don’t score much in the handling department. These bikes also aren’t half as refined as their Japanese rivals.  Also, the bikes, whose basic shape is quite similar to the original model, is looking quite dated now and the need of the hour is an all new generation of sub 200cc Pulsars.

If the rumour mill is to be believed, Bajaj is already busy readying a new 180cc variant of the Pulsar that will be based on the Pulsar 200NS. It may be noted that the 200NS is easily the most sorted out Pulsar to have ever been sold and is loosely based on the KTM Duke 200. It may be noted that Rajiv Bajaj has already confirmed that Bajaj would launch an all new sub 200cc Pulsar this year and we won’t really be too surprised to see the new Pulsar 180 borrowing plenty of stuff from the 200NS.

In the latest development regarding the launch of a new Pulsar, a spy pic has surfaced on web world that shows a Bajaj Pulsar test mule undergoing on-road tests in Pune. Visually, this test mule is identical to the Pulsar 200NS but we really wonder why would Bajaj test the 200NS on our roads. And now that we can’t think of any reason for Bajaj to test the 200NS, there are good chances that the bike which was being tested was instead the upcoming Bajaj Pulsar 180NS, which would look similar to the 200NS. The fact that there is always a high amount of parts sharing between different variants of Pulsar further highlights the possibility of the spotted bike being the new 180NS.

Stay tuned to Motoroids for more info on the upcoming generation of sub-200cc Bajaj Pulsar.\