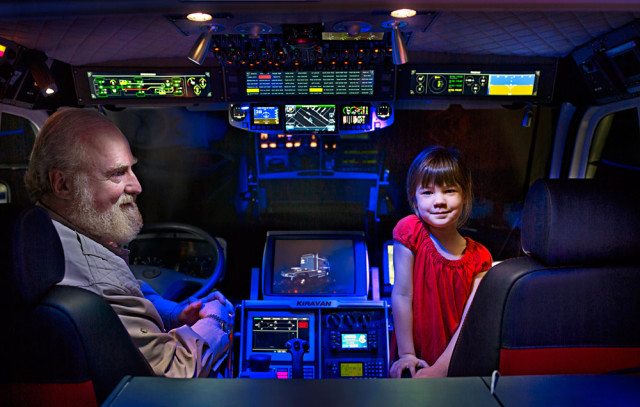 61 year old Bran Ferren- a millionaire inventor and chief creative officer at California based design firm- Applied Minds has created what probably could be termed as the most high tech off road vehicle. The ultra futuristic looking supertruck named ‘Kiravan’ isn’t a modern vanity van for his everyday comforts, but as a camper van for his 4 year old daughter Kira. 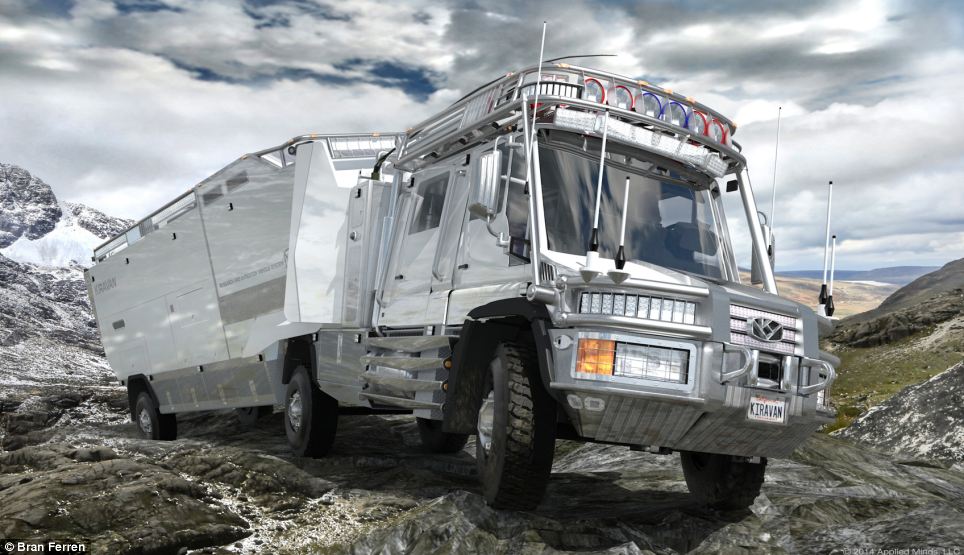 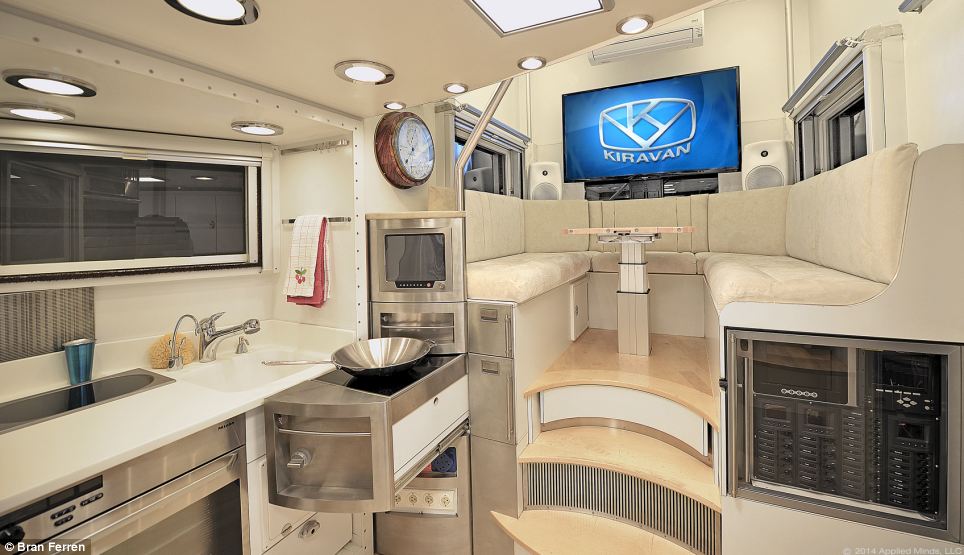 Weighing at a hefty 23 tonnes, the Kiravan is Bran’s project started five years ago and has seen year on year design and luxury enhancements before finally being revealed to his daughter- who probably might have just learnt to spell the word TRUCK 😉 The luxurious trailer of the off-roading supertruck is 31 feet long and 10 feet high. Housing a plush penthouse suite, a kitchen and bathroom- the Kiravan could very comfortably accommodate a family of three for a fortnight. 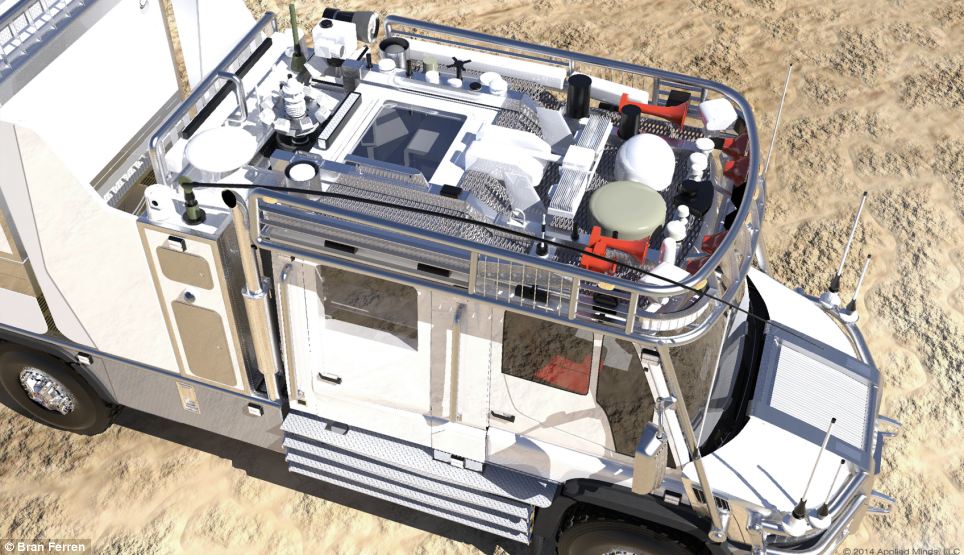 With the fabrication cost running into millions of pounds- the Kiravan boasts of an impressive feature list. The six wheels of the supertruck are Kevlar reinforced and can help it climb and hold on inclines upto 45 degrees. Despite its heavy weight, the Kiravan can travel 3200+ kms on a full tank with drones scouting the terrain ahead. Also seven masts have been put in place that rise to a height of 60 feet to enable a far view of the landscape that the Kiravan would be travelling through. An infrared thermal system reads the road’s temperature, a 22 camera ‘situational awareness system ‘and hydro-drive control would enable the driver to switch between four and six-wheel drive. The Kiravan also features a mobile command centre that could communicate with a nearby aircraft during emergency. Similar to a black box in an aircraft, the supertruck comes with an emergency beacon transmitter. 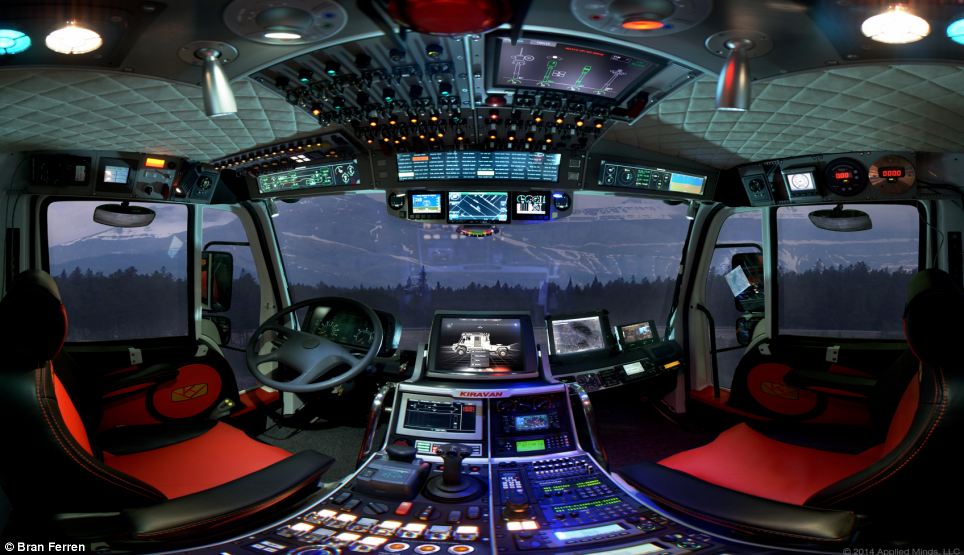 When asked about his idea behind a mammoth project as the Kiravan, Bran says “I have a little girl. I would like her to see the wonders of this world. But I’d like her to survive the experience.” Bran plans to take Kira into the Mojave Desert, Canada and Europe and looks forward to spend time with his daughter while being on the move in his luxurious set of wheels.

MORE IMAGES OF THE KIRAVAN SUPERTRUCK ON THE NEXT PAGE

IMAGES OF THE KIRAVAN SUPERTRUCK