Volkswagen has revealed the 2015 Jetta facelift which will make its public appearance later this week at New York Auto Show.

The 2015 Jetta  has received a Passat-like look on its front fascia with optional bi-xenon headlights and strips LED daytime running lights. At the rear, the sedan gets a revised trunk lid with a spoiler along with LED taillights for the GLI and Hybrid versions. According to Volkswagen, the 2015 Jetta has been aerodynamically optimized. 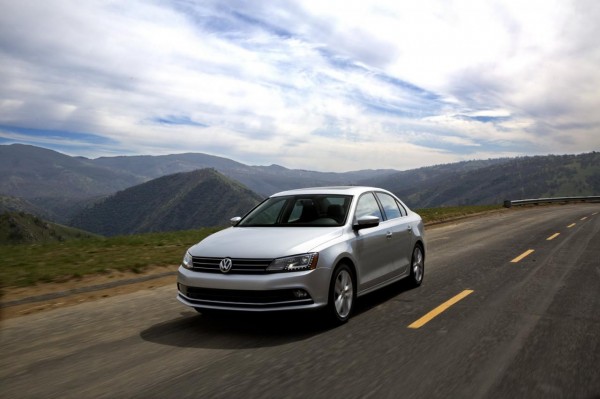 The interior of the car has also received minor tweaks. Mid and top-end variants now get chromed edges for the dash and gauges, as well as a new multi-function steering wheel, updated air vent controls and piano black accents. 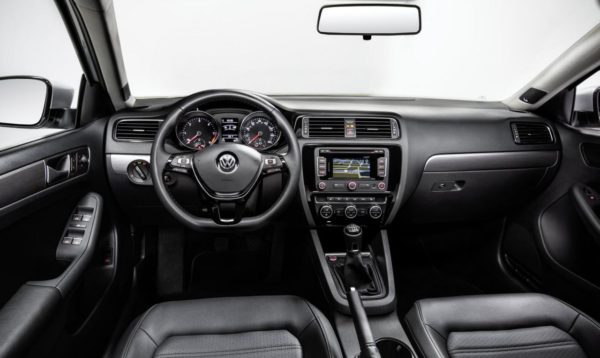 The 2015 Volkswagen Jetta comes with the following upgrades : 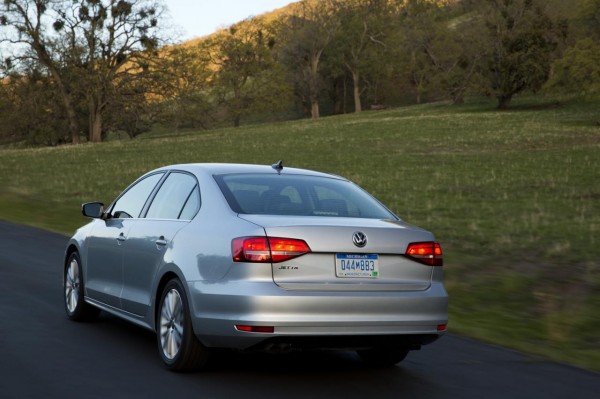 The car rides on the PQ35 platform (Golf V) and will gains power from the engines from the outgoing car. But, the 4-cylinder, 2.0-liter turbocharged diesel motor now outputs 150 bhp (112 kW), which is a 10 bhp bump from the earlier 140 bhp. This engine, with the manual transmission will have an fuel economy figure of 32 mpg city / 45 highway / 37 combined.

The 2015 Volkswagen Jetta facelift will be on display at the New York Auto Show and will go on sale in the second half of this year.