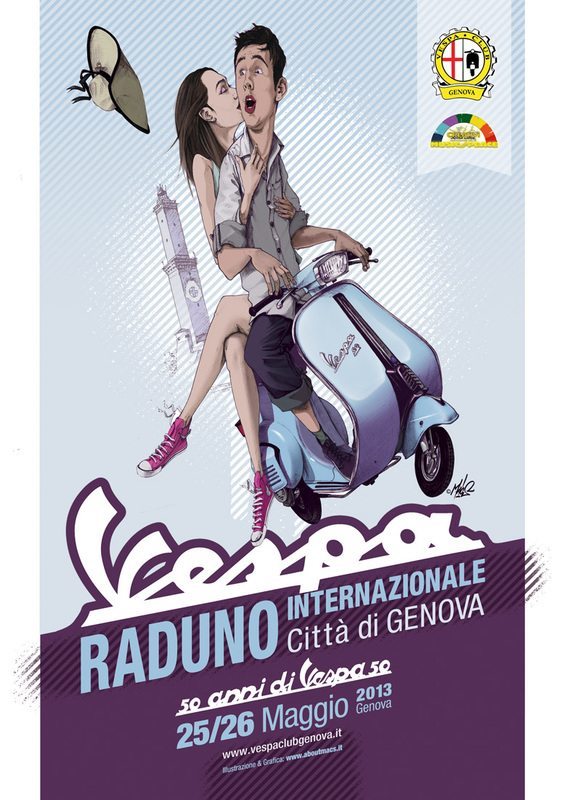 The iconic Vespa 50 would be turning half a century young this year. To celebrate the moment, the Vespa Club of Italy and the Vespa World Club have organised a International Vespa Meeting in Genoa, Italy on the 25th and 26th of May 2013.

The gathering will see a turnout of different Vespa clubs across Europe. The meeting would comprise of events such as owners showing off their tuned/modified Vespas with awards to be given away for best entries. A Vespa rally would take to the streets including visits to historical places of Genoa. Also music concerts have been put in place towards entertainment for visitors including food & drinks. And all this for a measly fee of € 5.00, proceeds of which would be given away to charity.