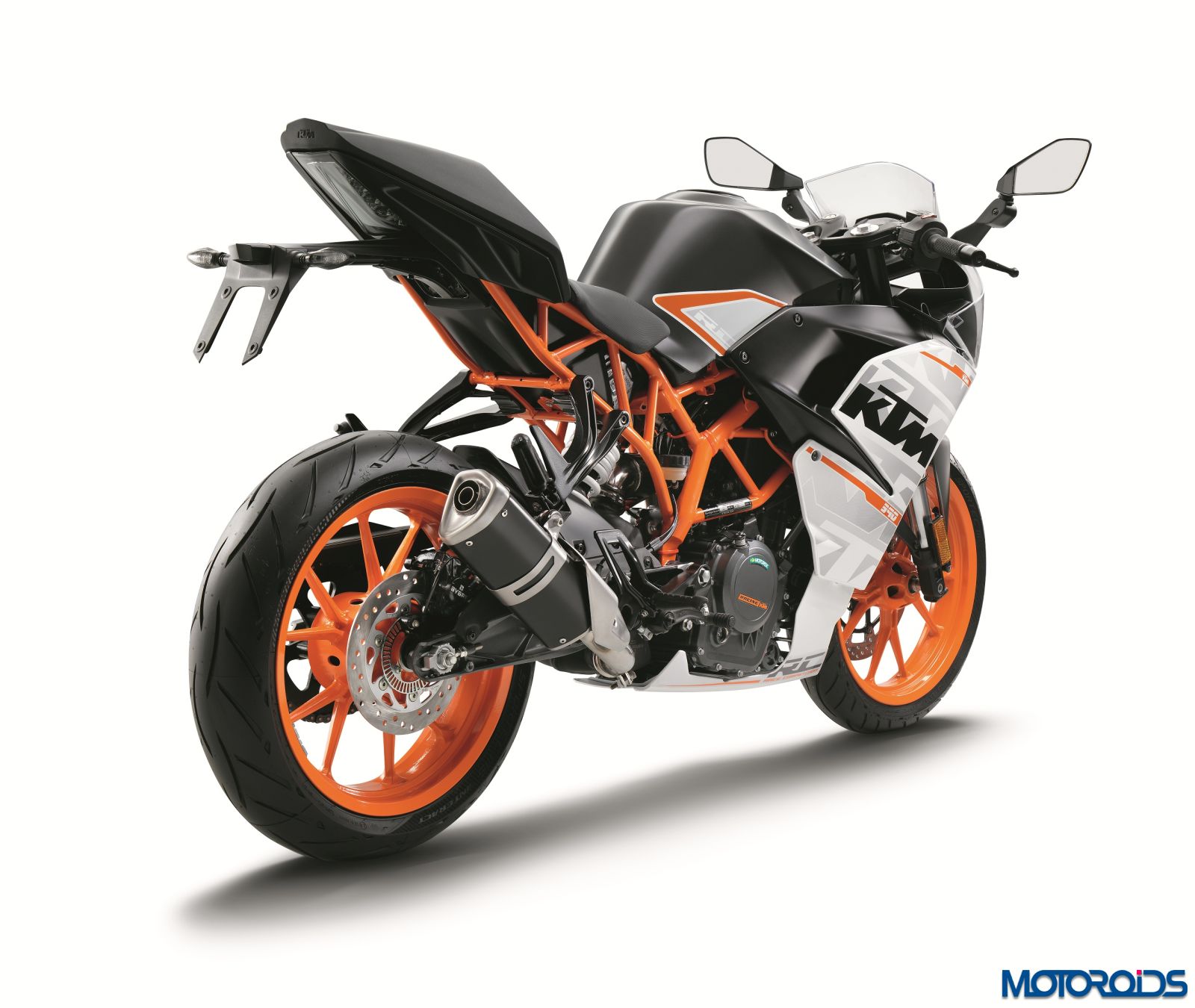 The 2016 KTM RC390, which made its debut back in November 2015 at the EICMA show, is already Euro4 compliant and packs a good amount of features. So there was very little to expect for INTERMOT 2016. But the Austrian manufacturer still managed to impress us with the new colour scheme for the RC390. The model displayed at the 2016 INTERMOT show received new graphics and a dual tone paint on the fairing.

Unlike the current model’s matte coloured fuel tank, the RC390 at the motor show received a glossy black. The fuel tank also gets contrasting white strips on the top corners and sides. The fairing gets a combination of orange, black and white which looks refreshing. The white rear panel too has been painted in glossy orange. 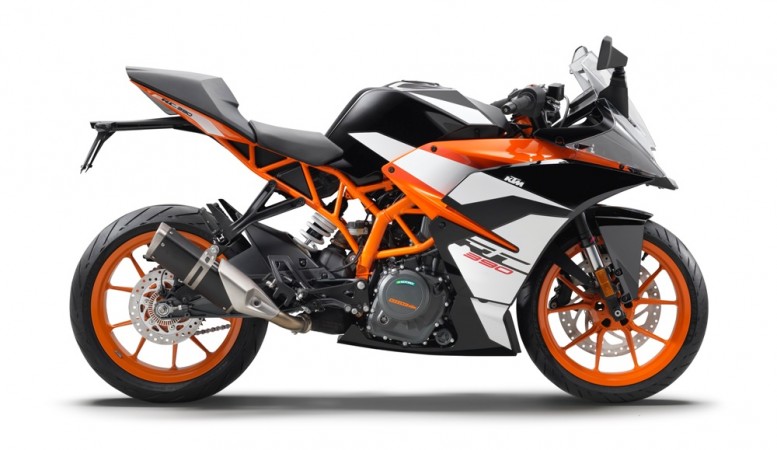 There are no mechanical upgrades to the motorcycle and the RC390 continues to use the same liquid cooled, single-cylinder, four-stroke 375cc engine that delivers 32 kW or 44 hp of power and 35 Nm of torque. The motorcycle also features a slipper clutch, larger front disc brake (320mm), ride-by-wire technology, switchable ABS and a new aluminium exhaust to meet Euro4 emission norms.

What do you have to say about the new paint job? Share your views with us through the comments section below.