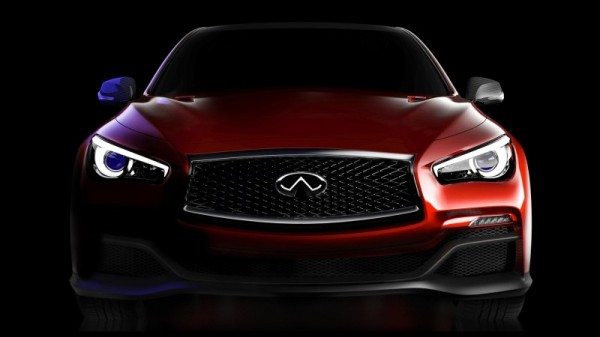 Infiniti will reveal a Formula One inspired concept car based on the Q50 premium sports saloon at the North American International Auto Show in Detroit. The concept will be unveiled during Infiniti’s press conference, on January 13.

The concept car represents Infiniti’s design vision of a high performance variant of Q50. Called ‘Q50 Eau Rouge’, the car is named after the world-famous corner at the Formula One track in Spa-Francorchamps.

“Performance is a key pillar of Infiniti’s DNA and this car expresses a deepened design interpretation of that. The Q50, with an abundance of technologies, provides a great basis for an extreme performance version, embodied in the design of Q50 Eau Rouge,” said Alfonso Albaisa, Infiniti’s Executive Design Director.