Home News Indica Facelift Spied Ahead Of Its Launch 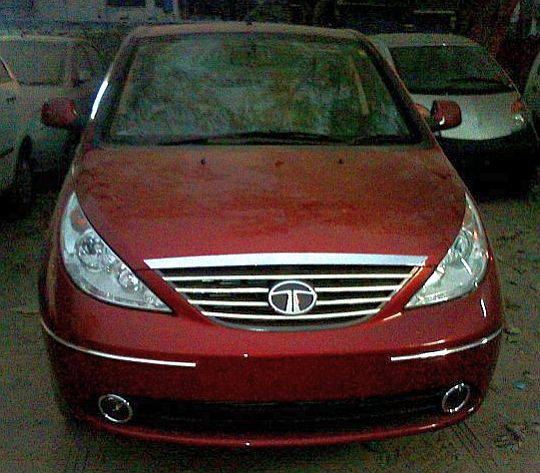 We have got you the images of the refreshed new Indica Vista which is due launch 22nd August. The new refreshed model flaunts a new front fascia which is directly taken from its elder sedan sibling Manza. There is a new redone bumper and new headlamps too. At the rear end, you will now spot a new tail lamp design, new tailgate and a black plate with Tata emblem over it.

Tata is also starting new variants (and a new nomeclature) as the one on the spy image has VX badge on the rear. There will also be a top model which will be the ZX which will sport steering mounted audio controls, power mirrors and a few more premium features. The insides are expected to be similar to the Manza. The engines under the hood are expected to remain the same for the petrol and diesel which is the 1.2 lit petrol producing 64bhp and the 90hp petrol which is a 1.4 lit. The diesel engine will be the trusted 1.3 lit producing 74bhp of power.

With Tata gearing up for the face lift Vista on one side, Tata is giving away discounts on all cars except the Safari, Ventura, Winger & Aria. These benefits are not only limited to individual buyers but also for corporate and Taxi customers. The discounts go up to 50,000 which are on the petrol versions of the Indica Vista. Check the image for more details on the discounts.