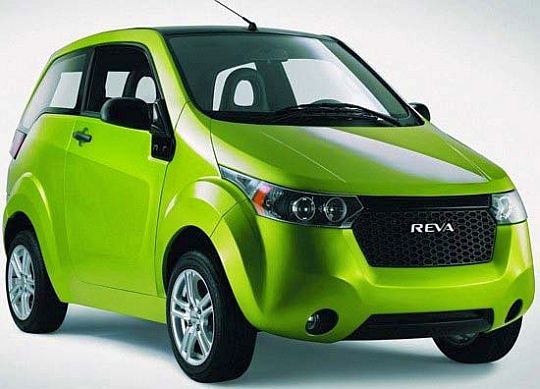 With crude oil prices globally on the rise making driving a petrol\diesel car more and more difficult, the world is increasingly turning its attention towards electric vehicle technology. In India, however, there aren’t many options in the battery powered car market. The only car we know which uses batteries to run on is the REVA. The Beat EV which was showcased recently is not going on sale because of lack of infrastructure in the country.

The REVAi runs on lead acid batteries and is very economical to run and maintain. A few months back we showed you the spy picture of the next gen REVA which is the REVA NXR. However, the Revai doesn’t look too good and has a limited range of about 80km. REVA NXR however, overcomes those flaws. The new car is totally revamped and introduced as a new model which has a seating capacity of four and the maximum distance covered in a charge goes double which is 160 kms. The most exciting part about the REVA NXR is the top speed which is 104 km\hr.

To sum it up the REVA NXR is indeed a perfect city package with new age styling, convenience and comfort. If priced at 3.5 to 4.5 lakhs this car will attract a lot of city crowd who intend to have a small car with a very low cost of running. REVA NXR can totally change the equation in the hatchback segment and will be seen at next year’s Auto Show at Delhi which is due January.

Tell us will you buy the REVA NXR over your normal petrol city hatch ?