The Indian FTR 1200 marked the American manufacturer’s departure from producing retro-styled cruiser motorcycles and the brand entered a not so mainstream flat-tracker territory. It was built to decimate the flat tracks, had a hooliganistic approach and looked like no other Indian motorcycle had ever looked. It was basically a road-legal version of their flat tracker – FTR 750. Now is probably the best time to get yourself this radical Flat-tracker because it is available with a heavy discount!

The FTR 1200 S by Indian motorcycle is available at an on-road price of INR 16.30 Lakh as opposed to the actual on-road price of INR 20.15 Lakh. The FTR 1200 currently has no competition in its segment because our market is still devoid of any ‘True-Blue’ flat tracker apart from the FTR 1200 series. This isn’t the first time that Indian Motorcycle is offering such a heavy discount on their motorcycles.  Sometime back, the American brand offered a discount of Rs 3.57 lakh on the Scout model and the Scout Bobber was offered at a massive discount of Rs 4.29 lakh. 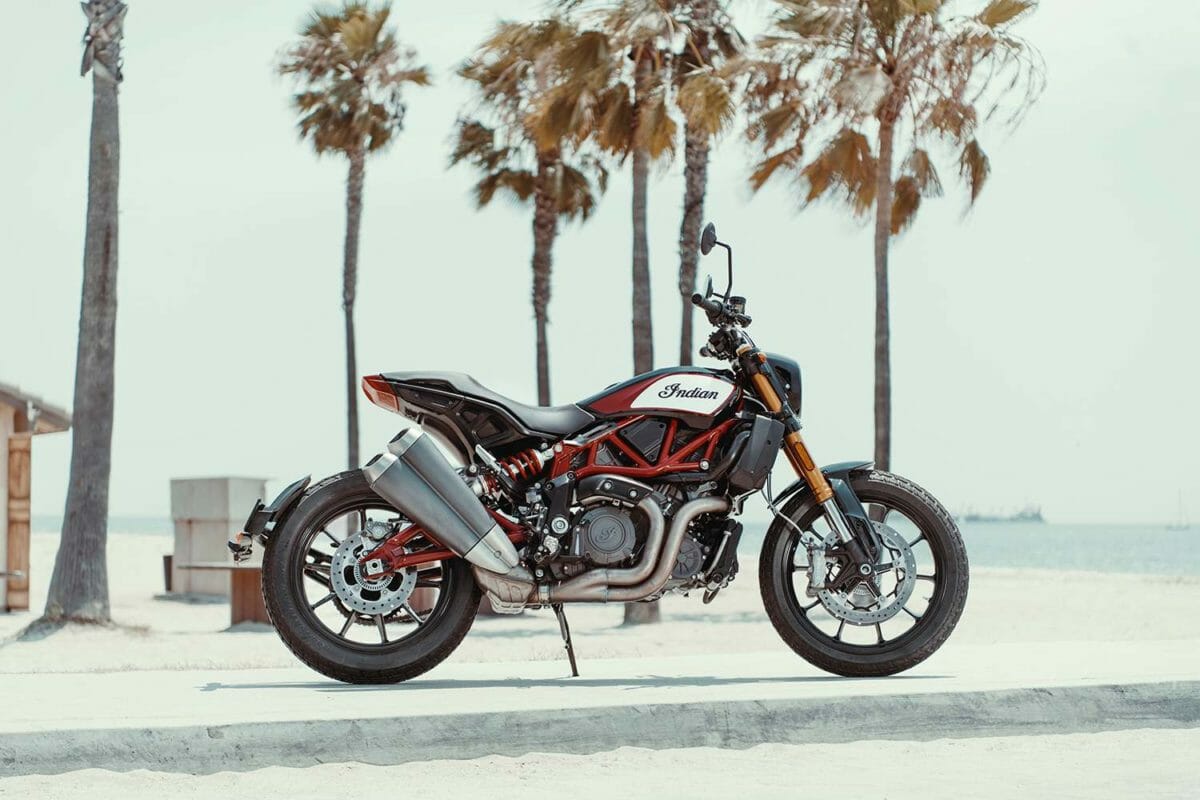 At the heart of FTR 1200 S sits a 1,203cc V-twin which cranks out about 120 HP and 123 Nm of torque, mated to a 6-speed gearbox. The bike is built around a trellis frame, where the fuel tank has been placed underneath the seat to maintain a low centre of gravity. So that the engine breathes better, the airbox has been placed directly above the motor. The engine has been mapped to 3 riding modes – Rain, Sport and Standard. The engine has been tuned to deliver a flat torque curve so that power is sent to the rear wheel instantaneously.

The motorcycle comes fitted with specially-developed Dunlop flat-track street tyres, dual Brembo brakes, a 4.3-inch LCD touchscreen for instrumentation which is also Bluetooth-enabled, fully-adjustable front and rear Sach suspension, and a lean-sensitive traction and stability control system with ABS. The bike comes fitted with a six-axis IMU. Both bikes feature full-LED illumination, a traction control system and a fast-charging USB port. There are 40 available accessories which include spoke-type wheels, a windscreen, an Akrapovic exhaust system, tank bag, saddlebags, and even carbon fibre panels which replace the standard fitment.

Indian Motorcycle recently unveiled the FTR 1200 Carbon which sits at the top of the FTR spectrum. As the name suggests, it incorporates a host of carbon-fibre components including the front fender, headlight cowl, pillion cowl, tank, and airbox covers. The upgrades don’t end here as it also receives an FTR Carbon branded tank-mounted centre console and an Akrapovic low-mount dual titanium exhaust finished in matte black.

The FTR 1200 Carbon tips the scale at 235kg, 5 kg heavier than the standard Indian FTR 1200 and 4kg heavier than the S variant. At 815mm, its seat height is 10mm higher than the other two variants. The weight might have increased but to make sure that it doesn’t impact the overall performance, it has received a slight power bump over the base S variant. It uses the same 1,203cc V-twin engine though but makes 126PS as opposed to 121.7PS on the other variants. Torque though remains unchanged at 120Nm, which is produced 100 revs earlier compared to the standard and S trim.