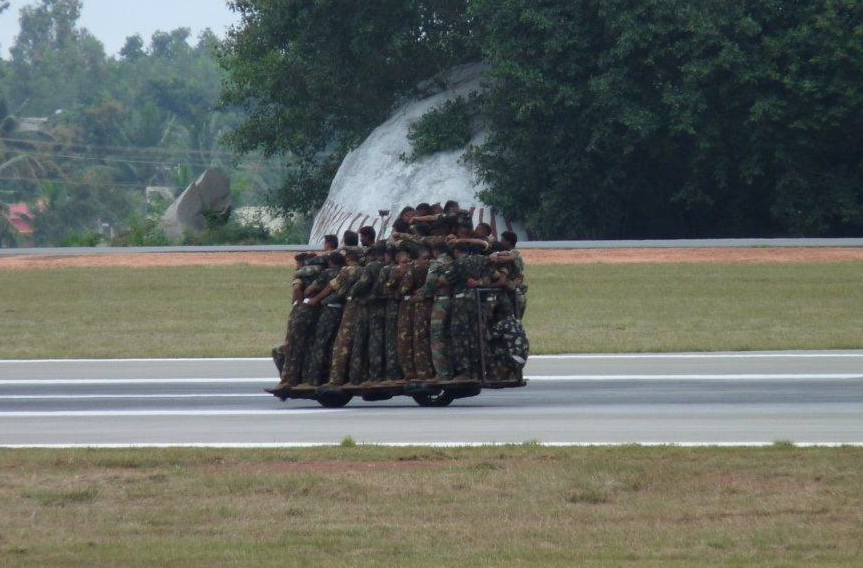 The band of 48 brothers from Swetha Ashwa team of the Corps of Military Police (CMP,) Indian Army, broke a world record yesterday by squeezing themselves on a Royal Enfield Classic 500 motorcycle and riding it for 1000 meters in continuos motion. The team of 48 men, broke the existing world record of 47 riders on a single machine, set in December 1995 by the Brazilian Army Corps. This record breaking feat was achieved at a Military Airport under supervision of expert riders dorm CMP and representatives from Royal Enfield.

Lieutenant General Mukesh Sabarwal said the show was organised to celebrate past records and set new challenges for the coming years. “This is an occasion we try and introspect as to what we have done in the past years and get a sense of that and there after we would like to do whatever is the focus for the coming years. That is really the objective of the reunion,” said Sabarwal.