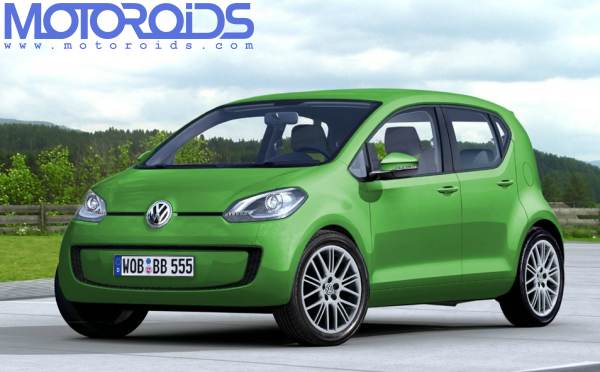 Volkswagen’s much talked about entry level small car, based on the Up! concept and touted to be named as the Lupo will debut in the Frankfurt Motor Show 2011. It’s been about three years since the 2012 VW Up concept was shown by the German marquee (At the Frankfurt Show 2007) to add an entry level warrior to its global car lineup. In its production guise the Up! will acquire the name Lupo and will be available in three- and five-door hatchback versions, as a sedan and as an MPV as well
The probable engine options for the new car are out as well. There will be a variety of three-pot mills powering this small car. A 1.0-litre petrol, a 1.2-litre TSI petrol (86PS) and a 1.2-litre diesel with 75 PS will power the initial models of the car. The company also showed the e-Up! concept sometime earlier, which will also be available as an electric only vehicle.
The three door Up! / Lupo will hit the markets first in the later part of 2011. There is a possibility of the Up! coming to India as well at a later point, as it has been designed specifically for emerging markets in Europs, South America and Asia.