With more than one million cars sold, the Renault Duster has been revamped seven successful years after its original release. The All‐New 2018 Renault Duster boasts of changes to the exterior styling and a step‐up in perceived quality with totally redesigned interior for a comfortable and user‐friendly cabin experience. Equipped with new driving aids and equipment, the 2018 Renault Duster should make its Indian debut sometime next year as Renault will want the Captur to gain some foothold before refreshing another product which sits nearly in the same segment and is already quite popular in the country. 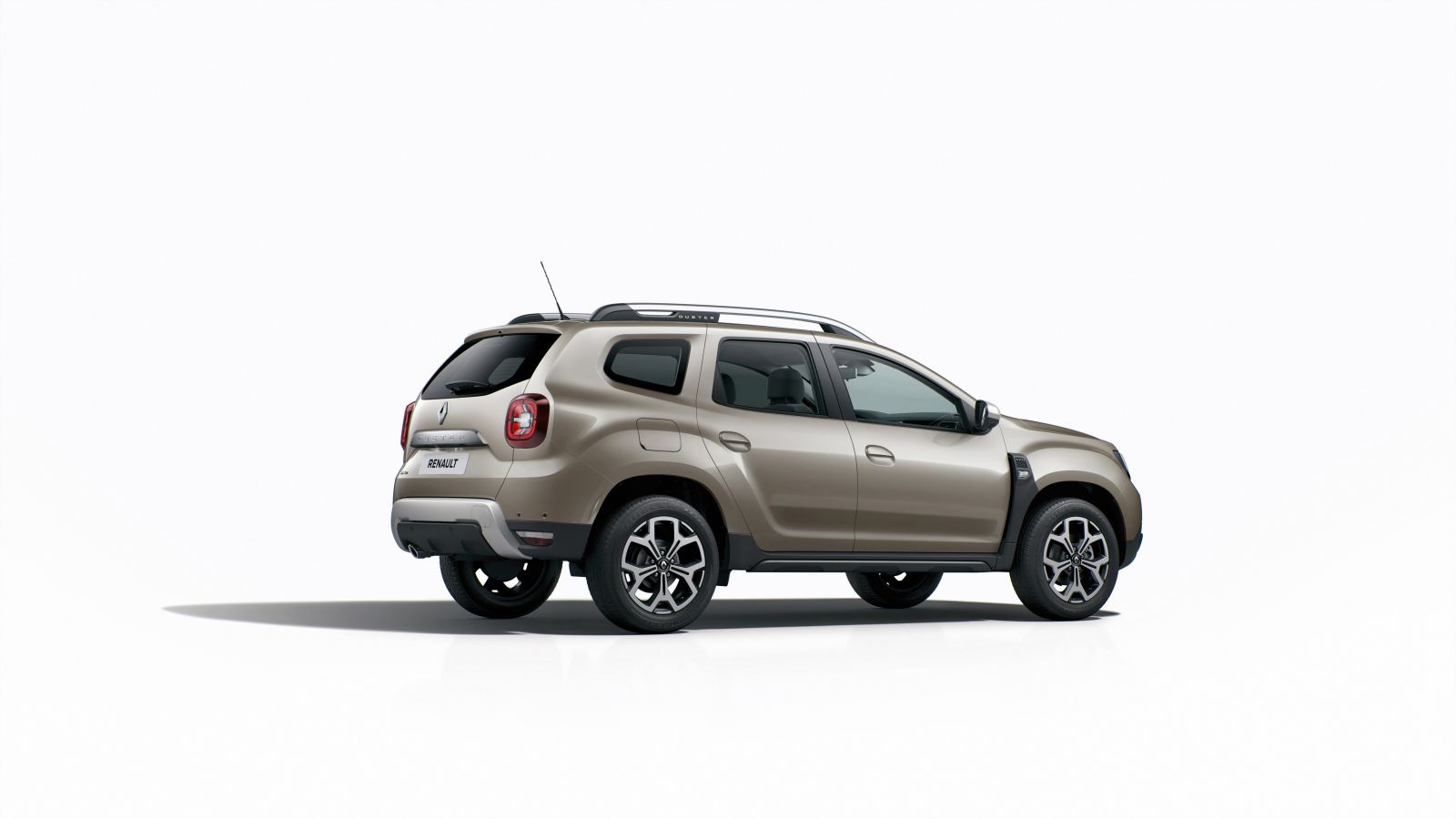 The 2018 Renault Duster carries over the strengths that helped the original become such a hit while taking a fresh look at the rest. Although visually more muscular, the 2018 Duster features the same compact dimensions. The All-New Duster boasts a modern, muscular stance and an even more assertive personality, yet it is still a Duster through and through. A wide chrome-finished grille, inspired by the Alaskan’s design, extends to the head and lights positioned at the car’s extreme front corners, make the All-New Duster look wider. The lower beading, similarly picked out in chrome, underpins the grille’s dynamic design and runs between the two headlights to create a natural visual connection between the grille and the bumper. 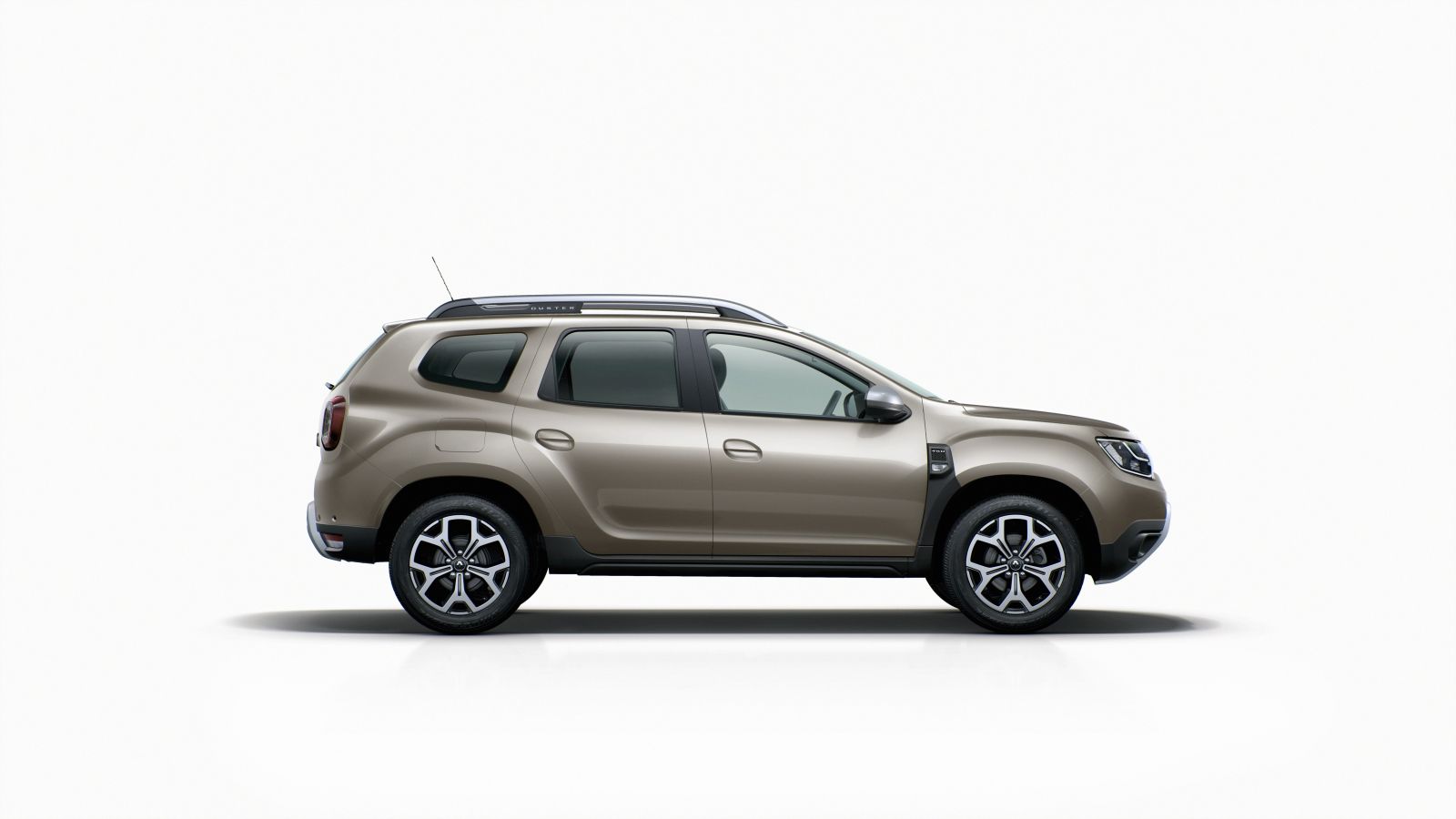 New aluminium roof bars and more prominent front and rear, scratch resistant skid plates point to the All-New Duster’s adventurer credentials. The 17-inch alloy wheels follow a new design and fit and finish have been enhanced, too. New rear light clusters have been located at the extreme corners of the car, there’s a wider, mass-coloured rear skid plate and the 2018 Duster line-up features a new body colour: Dune Beige. 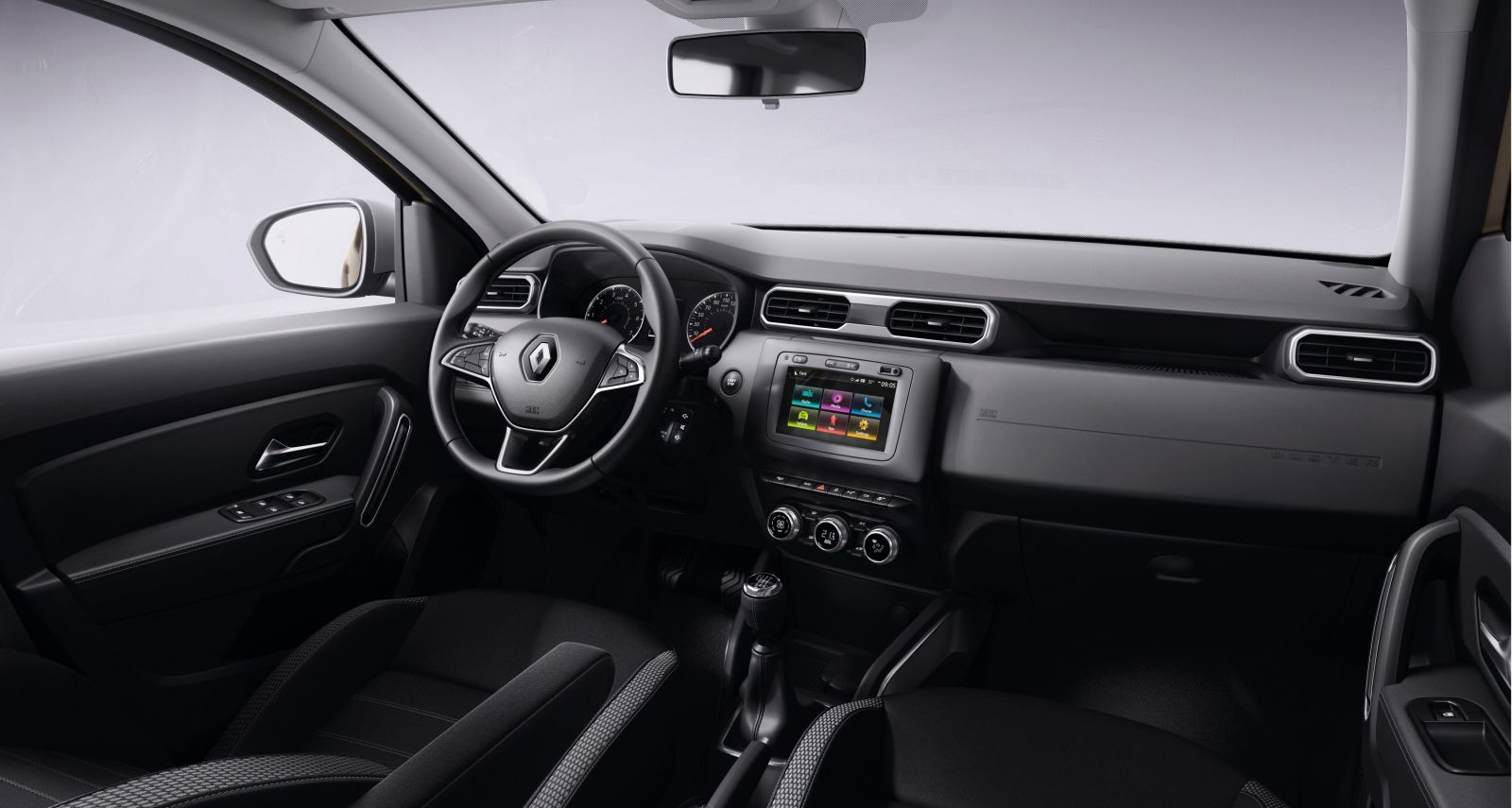 Inside, the dashboard has been totally redesigned and the seats have been revised too for improved comfort and better support. The windscreen has been brought forward100 mm and is more steeply raked, which makes the cabin look more spacious. Renault says that acoustics have been significantly improved and improved cabin insulation significantly reduces noise from outside the car. The grain of the dashboard trim now looks and feels much better and careful attention has been paid to the fit and finish, where the use of a matte colour creates an improved impression. The centre console fascia features a higher-positioned MediaNav Evolution display for clear, easy access and new piano key type controls lend the cabin a contemporary feel. Contributing to that are rectangular AC vents which get chrome surrounds. 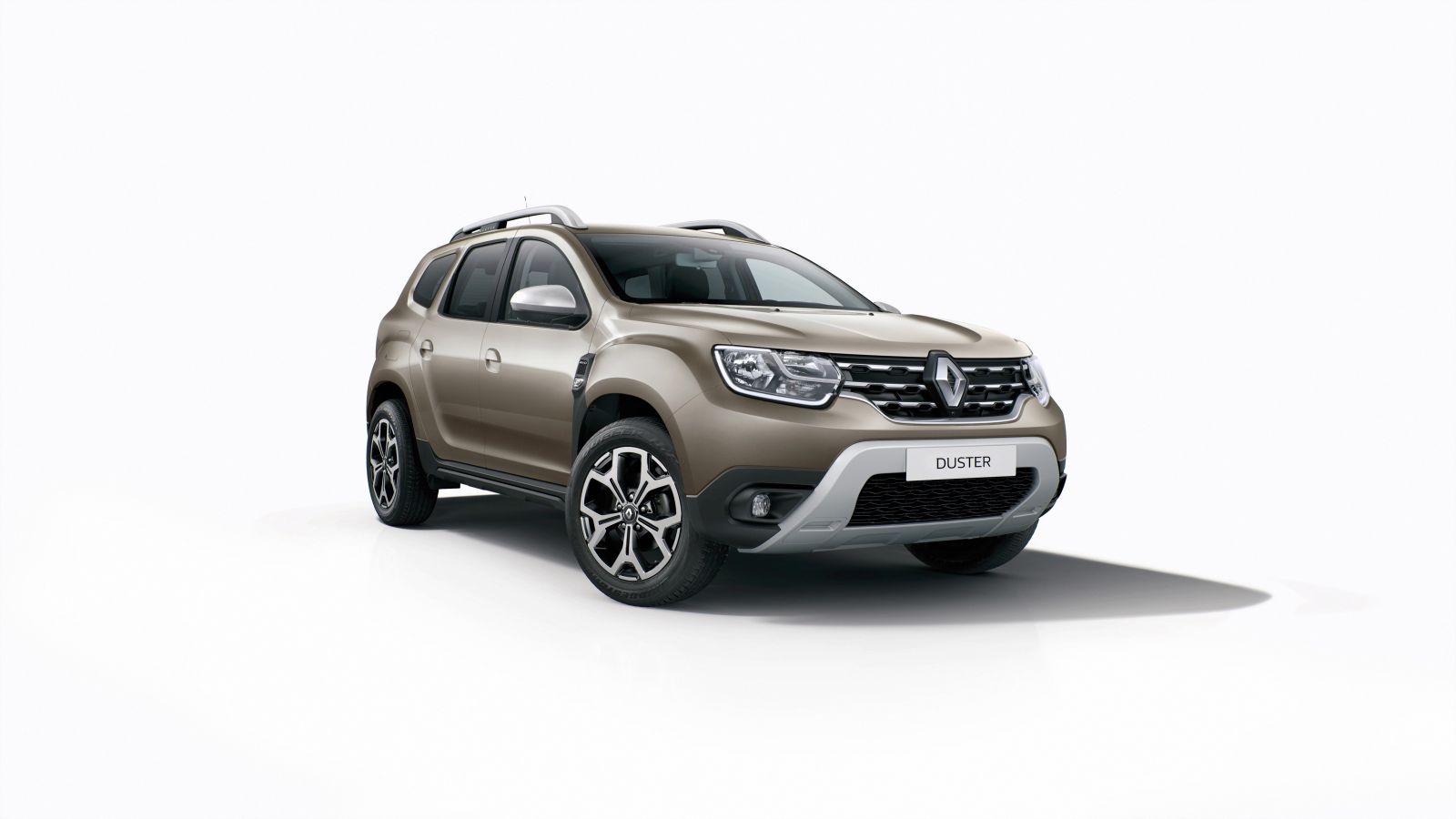 The steering wheel can be adjusted for height (40mm) and reach (50mm) to allow the driver to select the most appropriate driving position. The centre console features additional storage capacity while the handbrake has been moved to free up space and a new gear lever sports satin-finished chrome inserts. A new seat design with a new frame and denser foam offer improved lateral support and
durability, while the seat cushion is now 20mm longer. 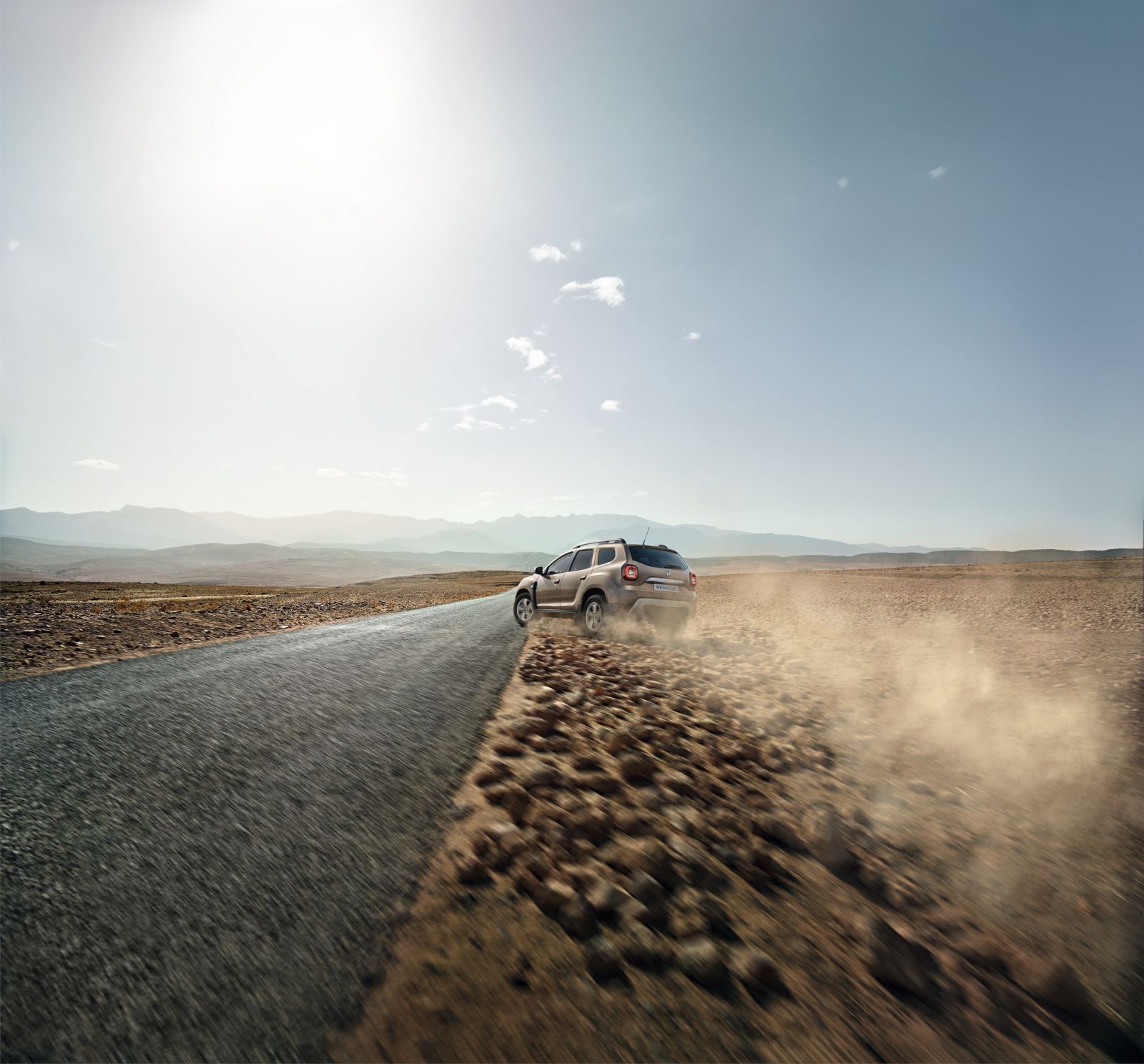 The 2018 Renault Duster measures 4.34 metres in length, is 1.8 metres wide, and stands 210 mm off the ground. Approach and departure angles are rated at 30 and 33 degrees respectively with a breakover angle of 21 degrees. The car features a multi-view camera which incorporates four cameras (one at the front, one on either side and one at the rear), allowing the driver to view the area around the vehicle while manoeuvring off-road. Hill Descent Control, Hill start assist, and a compass on the 4×4 variants notify the driver of the vehicle’s angle in real time. 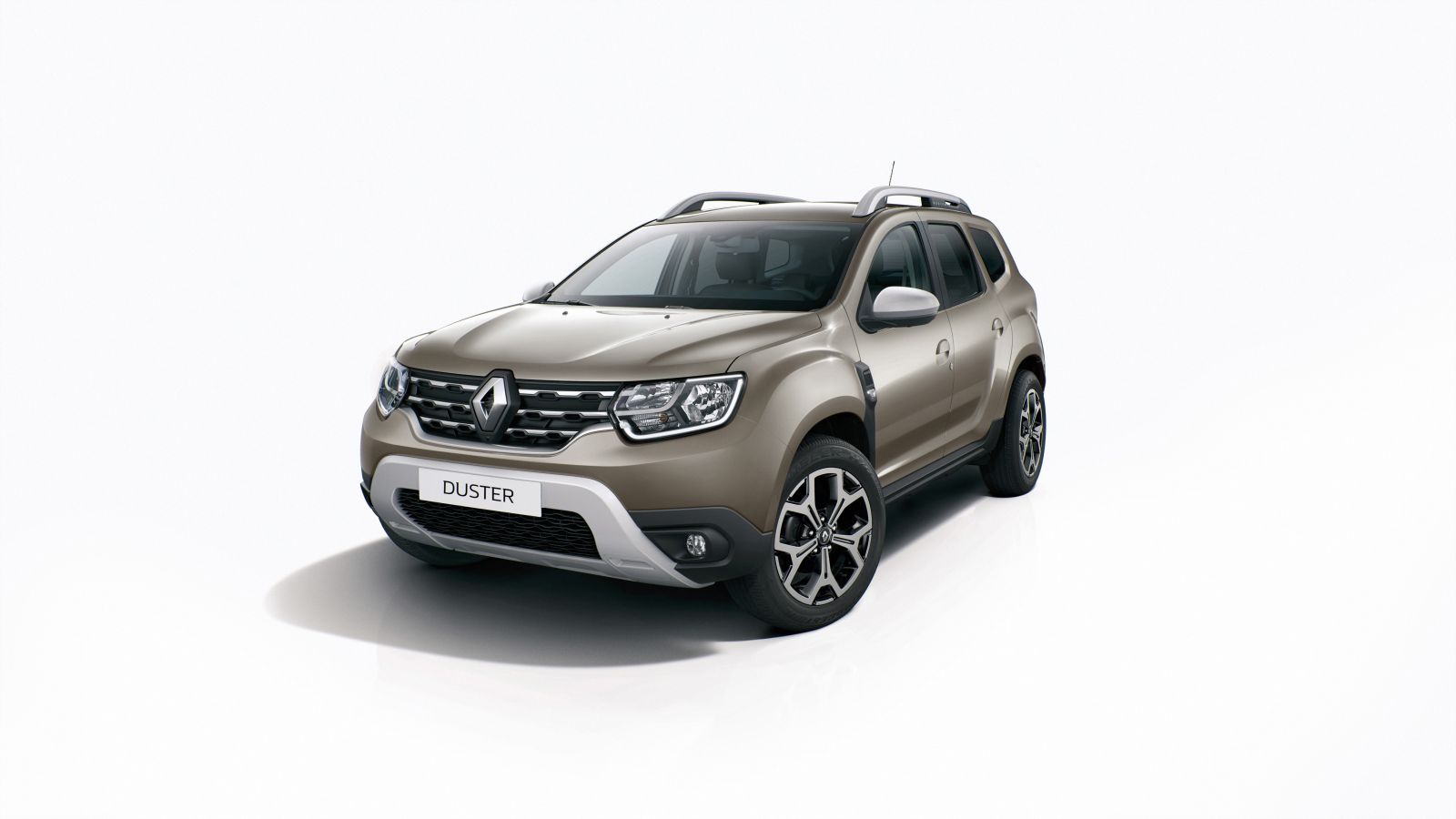 Internationally, the 2018 Renault Duster comes with a choice of two petrol engines mated to either a manual gearbox or CVT automatic transmission. Diesel options include the dCi 85/90 (4×2 versions) and the dCi 110 (4×2 and 4×4 versions) which drive through a manual gearbox. Two-wheel drive versions powered by the dCi 110 can be specified with EDC automatic dual-clutch transmission. For India, the 2018 Duster will most probably soldier on powered by the tried-n-tested 1.5-litre diesel engine, in 85 PS and 110 PS state of tune mated to a manual and an AMT.