Home News India bound 2014 Indian Chief: This is IT 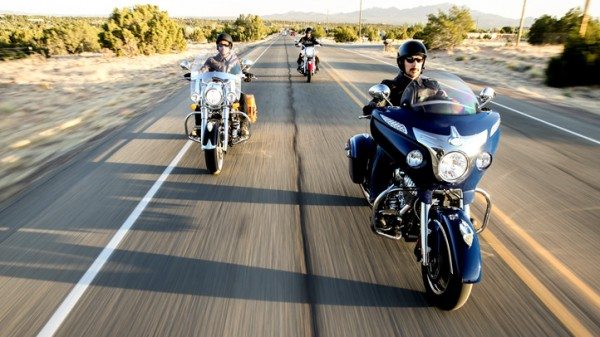 Powering the new Indian Chief is a new 1.8 litres V Twin Thunder Stroke 111 engine which has a max torque of 161Nm. Power figures haven’t been revealed.  The engine comes mated to a six speed manual transmission.

The 2014 Indian Chief will go on sale in three variants-

The Indian Chief Vintage gets a more traditional styling, other than the above electronic nannies, and goes on sale for $20,999 (approx 12.78 lakh rupees).

The Indian Chieftain, which is the flagship variant of the 2014 Chief lineup, gets a power windscreen, an audio system with Bluetooth connectivity, tire pressure monitoring system and removable saddle cases. The Chieftain carries a price tag of $22,999 (approx Rs. 13.99 lakhs)