Home Audi Images: Next-generation Audi A5 and A4 continue testing on Indian roads

It had earlier been confirmed by Audi India that the country is a hotbed for testing new and upcoming Audi models due to varied topography and climatic conditions. Following earlier spy photographs, the next-generation models of the Audi A5 and A4 were caught spied testing on the outskirts of Mumbai again, this time by Motoroids reader and fan Sushant Pol. While the new A4 has already been launched in select international markets, the next generation A5 is yet to make its global debut, which is scheduled in a couple of days – the new Audi A5 will be officially revealed on June 2 with the company live-streaming the event online. 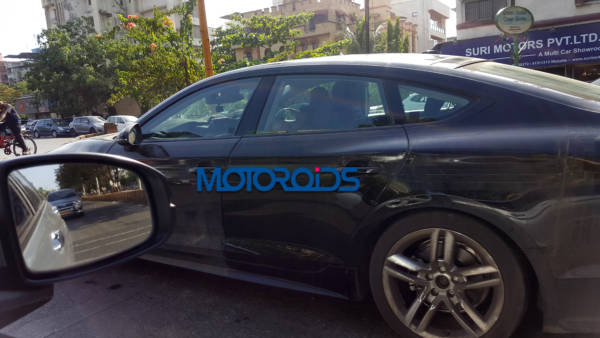 Spied in these images is the upcoming Audi A5 Sportback, which will be the four-door coupe sibling to the new A5 coupe, which, in essence, is the two-door version of the new A4. Which means that it’ll be based on the same MLB Evo platform that also underpins the new Q7. The A5 is expected to be lighter by up to 100 kg than its predecessor, and offer more room inside, courtesy of a longer wheelbase. As for engines, the new A5 will be powered by a choice of all-new, or heavily revised petrol and diesel engines, available in 4-cylinder (TFSI & TDI) and 6-cylinder (TDI) guises. 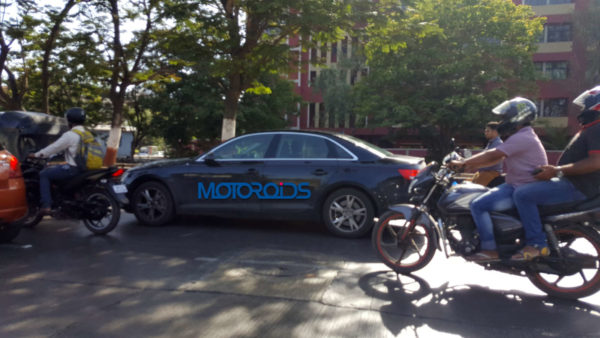 There’s a new RS5 also on the cards, which is reportedly going to employ a turbocharged 3.0-litre V6 engine in the place of the naturally aspirated 4.2-litre V8 engine, with an output close to 500 hp. Apart from the coupe and Sportback models, the new A5 range will also include a convertible. Features like Audi’s new Virtual Cockpit digital display, along with Matrix LED headlamps will also be offered on the new A5. Alongside the new A5, the new 2016 A4 sedan was also spotted testing, which should be launched in India in a couple of months. To know all about the new Audi A4, read – India bound 2016 Audi A4: All you need to know 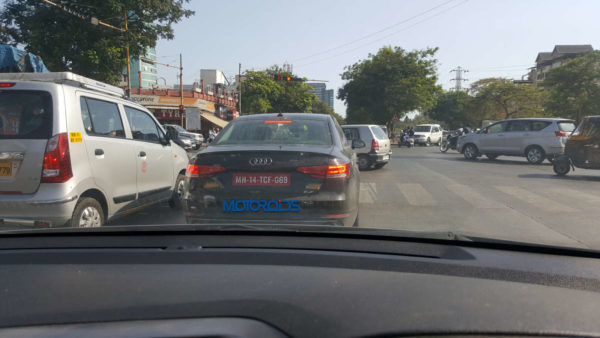