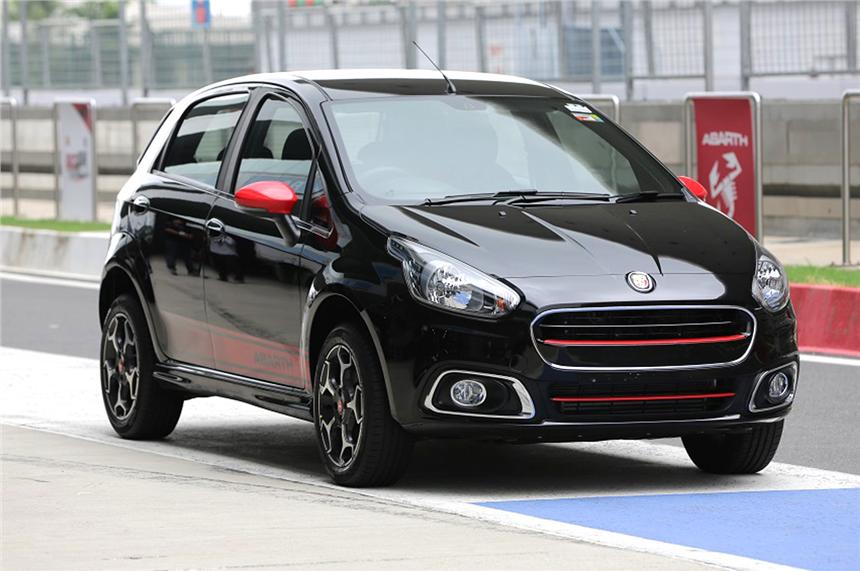 The India bound Fiat Abarth Punto, after being unveiled at the Buddh International Circuit, has inched closer to its launch as certain dealerships have commenced the booking process at a token amount of Rs 20,000. The quickest Punto, as reported by Hemanth Anand of the Team Fiat Moto Club group on Facebook, will most likely be launched on October 10, 2015. Currently, the Abarth badge equipped upcoming, high-performance Punto can only be booked at the Fiat Caffe and, as suggested by Anand in the Facebook post, is expected to be priced at Rs 10 lakh (ex-showroom Bangalore).

The new Abarth Punto will sit at the top of the chart of Fiat’s Punto series and will be powered by a 1.4-litre T-Jet engine that is also seen on the Fiat Linea. The Abarth version of the Punto which is already on sale in Europe churns out a healthy 180 hp of power from a four-cylinder turbocharged engine. While Fiat remained tight-lipped about the performance figures of the India-spec model, earlier reports suggested that the upcoming Abarth Punto will put up 145 bhp of power and 196Nm of torque from the Linea sourced T-Jet engine.

Who would compete against the new Punto? There is really no direct competition to the upcoming Abarth Punto in terms of performance, yet. The new Abarth Punto will go like hot cakes if Fiat manages to price this upcoming performance hatchback at the aforementioned price tag.

Do you agree? Share your views about the upcoming Fiat Abarth Punto with us through the comments section below.