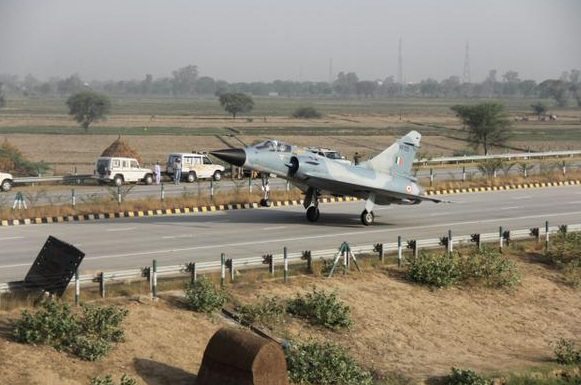 When war wages and airbases at hand are crippled, fighter jets spiraling the smoky skies have no other choice but to land on public highways. Tarmac used for such emergency landings are called road runways. And a stretch on the 6-lane Yamuna Expressway  near Mathura became one, when Indian Air Force’s Mirage 2000 fighter jet successfully landed on it, during a trail run on Thursday – the operation becoming a kind of first for military aviation in India.

Sequence of Events leading to test landing of Mirage 2000 on Yamuna Expressway near Delhi. Set-1 pic.twitter.com/7Xhvpbi46N — Sitanshu Kar (@SpokespersonMoD) May 21, 2015

Of course, the road was cordoned off, and all facilities like make shift air traffic control, safety services, rescue vehicles, bird clearance parties and other requirements were set in place by the IAF. The trail was completed with the Mirage 2000 doing a couple of runs, the first being a  practice approach on the highway coming down to 100 metres, while the second approach ending in a successful landing.

Sequence of Events leading to test landing of Mirage 2000 on Yamuna Expressway near Delhi. Set-2. pic.twitter.com/xrHLuPVo7q 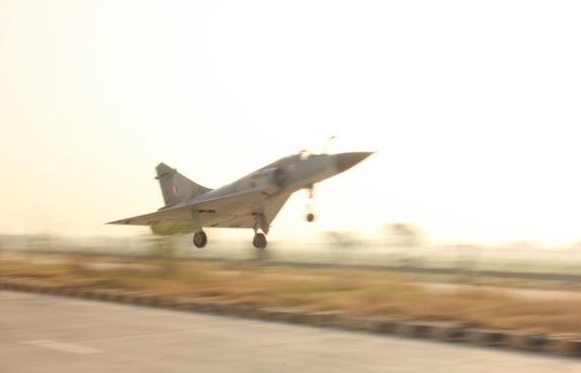 India joins countries such as Germany, Poland, Sweden, South Korea, Taiwan, Finland, Switzerland, Poland, Singapore and Pakistan, who have dedicated stretches on their public expressways and highways for airplanes to land and take off in case of an emergency.