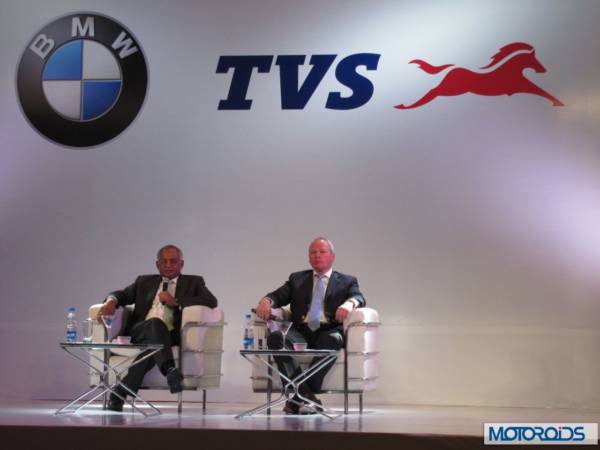 The TVS-BMW partnership will bring the Indian motorcycling enthusiasts some really interesting products in the coming days. But what exactly should we expect from the motoring duo? There has been a lot of anticipation about the upcoming sub-500cc motorcycle, codenamed K03, over the last few days. Earlier this month, BMW Motorrad CEO Stephan Schaller confirmed that the upcoming TVS-BMW motorcycle will be a sub-500cc, single cylinder motorbike.

Now, an official statement from TVS-BMW further reveals that the new motorcycle will be 100% engineered by the German automaker while TVS will provide its skills to produce the bikes at cost effective prices. The announcement also confirms that the upcoming sub-500cc motorcycle will be revealed later this year. The TVS-BMW collaboration, that was announced back in 2013, will see both the companies develop an all-new platform that the will churn out several new products (likely to be a street-fighter, super sport and adventure) in the next few years. 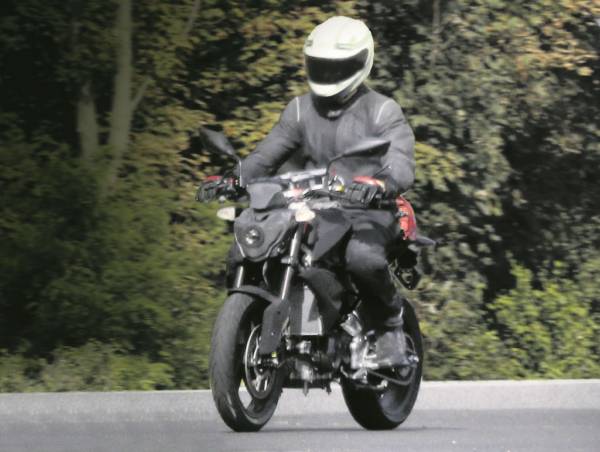 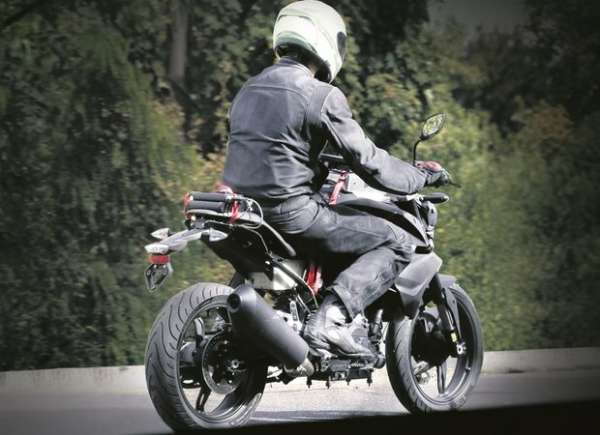 Schaller confirmed that the products will be 100 percent engineered by BMW. The partnership has been strategized in such a way wherein TVS will be learning from the technical knowledge of the German two-wheeler maker while the Chennai-based automaker will be making use of its friendly cost base that BMW can benefit from globally. TVS too will launching its own set of models based on the newly developed platform while also sharing the engine.

While the displacement on the engine is yet to be revealed, the BMW CEO did confirm that the powertrain will be a sub-500cc single-cylinder unit on the K03 (codename) motorcycle that will be revealed later this year. Going by the code name of the upcoming motorcycle, we expect the displacement to stand around 300cc mark which will place its against the much successful KTM 390 Duke. The company does not want to look into a twin-cylinder motor at present, but does not deny the possibility of a two-pot motor since the powertrain will be further developed over the next two years. 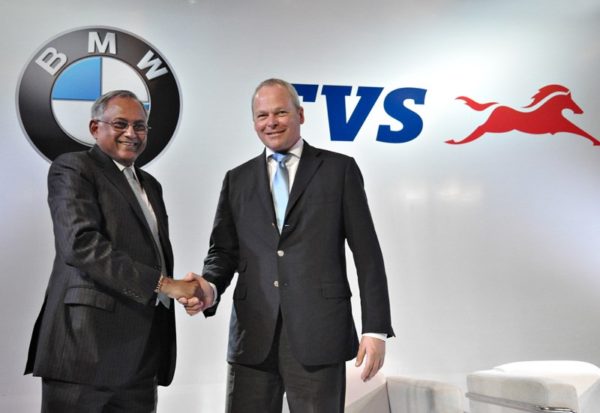 Clearing the air about comparison with Bajaj-KTM alliance, Schaller said that unlike the financial implications between KTM and Bajaj, BMW Motorrad and TVS do not have any financial inter-dependency and the concentration lies on building new products through mutual cooperation. The TVS-BMW partnership has also made way for the latter’s fifth global facility that will be opened in India after Berlin, Thailand, China and Brazil. The products made at the upcoming plant will be carrying the BMW Motorrad badge and will be catering to the export markets as well.

The competition is about to get mightier but the motoring enthusiasts would be on the beneficial side. Share your views with us through the comments section. Do let your friends know about this latest development via the “Share Tools“.