Home News I am the Tiger, M3 Tiger! 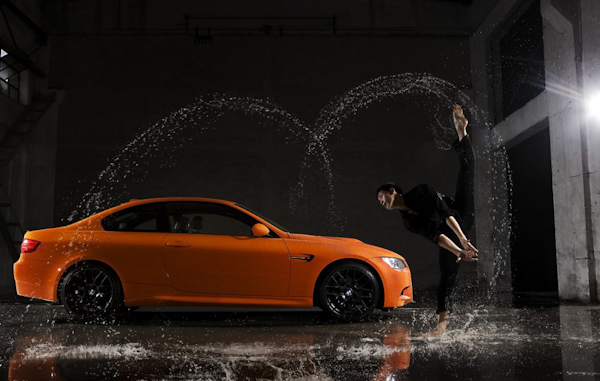 Limited Edition cars always excite us. Be it their exclusivity or the fact that they are super-tuned or super-luxurious ’cause they aren’t made out of the sole intention of making profits. Thats why they are called ‘Special’.

But then every time a car maker launches a limited number variant, it gets sold even before half of the world comes to know about it.

BMW, who seems to be in love with making special edition M3s these days mainly due to the 25-year celebrations of the iconic car, has released another limited production variant of the same. This special variant though will be made specially for the Chinese market only.

It is called the M3 Tiger Edition. If you liked the ‘Fire-Orange’ paint job on the most hardcore production M3, the GTS, you are going to fall in love with this car too as it sports the same. It seems BMW had only two colours when they were painting this car, black and orange. But who cares, as the result looks great! It gets 19” black alloys and black Novilla leather inside. And to compliment it, there are orange tiger heads made, one on each headrest. The ‘tiger heads’ are on the door sills too. Don’t expect a BIG rear spoiler on this one though.

This car is a limited production version and only 250 such ‘Tigers’ will be made. So if you happen to like it, call your uncle in China and ask him to book one for you. ’cause you also know that stocks won’t last forever, and in this case, the cars will be sold as soon as it is released.

Even we Indians want a special edition BM. A tri-colour M3 anyone?

Only if wishes come true.