Hyundai Venue has been known for its performance and feature-packed appeal. Now, it’s also in the news for receiving one of the top safety awards in the US. It has been awarded the ‘Top Safety Pick’ for the year 2020, conferred by Insurance Institute for Highway Safety (IIHS). IIHS is a non-profit independent institute that evaluates cars for their safety levels on various aspects in the US. 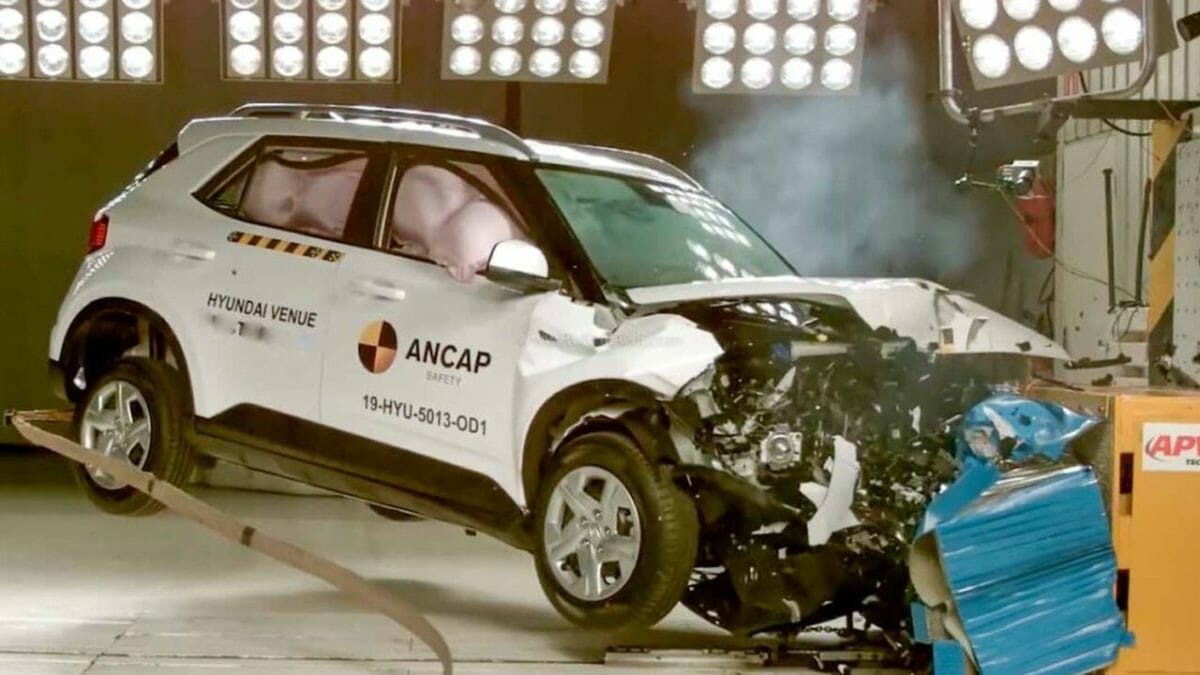 To be eligible for this award, a car must secure good ratings in all of the six different stages of evaluations, which include- moderate overlap front, driver-side small overlap front, side-impact, passenger-side small front, head restraints and roof strength. It also requires to achieve a superior rating for both, vehicle to a passenger as well as vehicle to vehicle front crash prevention tests and also an acceptable headlight illumination rating.

The Venue’s standard and optional frontal crash prevention features earned superior ratings for vehicle-to-vehicle crash prevention. In both cases, it was able to avoid crashes at 19km/h and 40km/h. In the vehicle-to-pedestrian test, the Venue earned superior ratings as well, due to its Blind-Spot Collision Warning (BCW) with Rear Cross-Traffic Collision Warning (RCCW) system. Also, the LED projector headlights earned an acceptable rating from IIHS in the testing, which was for the higher variants, while the lower variants received a poor rating for the headlight visibility.

In total, Although the Hyundai Venue due to its lower rating in the headlight illumination category, could not qualify for the Top Safety Pick + award. Still, it very well manages to score a ‘Good’ in every category which is the highest available rating. Therefore, the Venue can be said to be fully capable of keeping its occupants safe in case of an unfortunate collision.

It is to be noted here that the Hyundai Venue sold in the US, is made in South Korea and not India, nor is it much similar to the Indian variant. As a matter of fact, the engine options are also different for the US variants. The Venue available in the US gets a powerful 1.6-litre in-line four-cylinder Smart-stream petrol engine which produces 119 bhp of power and 153 Nm of peak torque. The car comes with either a six-speed manual as standard or a recently launched iVT gearbox as optional. Also, the Venue had earlier secured a 4-star crash test rating in the Australasian New Car Assessment Program (ANCAP). While the Indian-made Hyundai Venue has not been crash-tested yet. Therefore it still does not exactly qualify, at-least on paper, as the safest SUV, unlike the Nexon and XUV 300 in India.