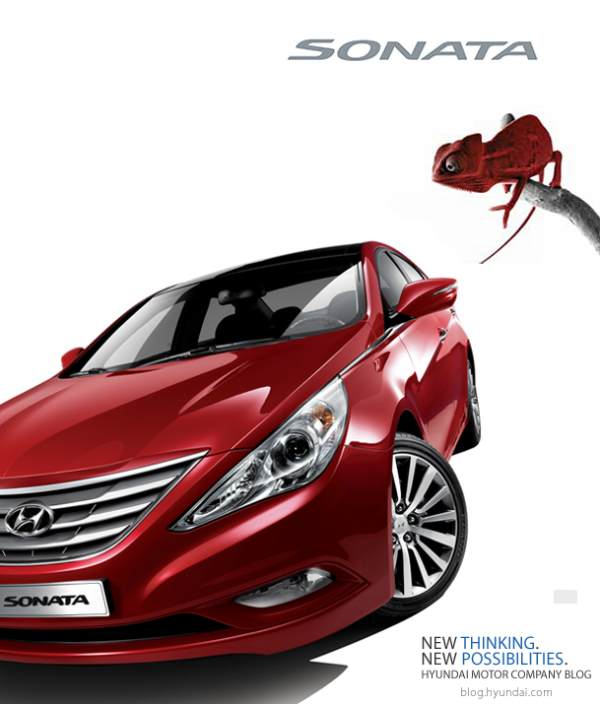 Hyundai is gearing up to launch the new Sonata or the Sonata YF in India soon, with test mules of the model having already been caught in India. The latest buzz about this world beating sedan which has changed Hyundai’s perception in markets as tough as the US, is that the Korean maker has introduced the 2012 version of the model.

For the 2012 model year, the car remains largely unchanged on the exterior. Changes are too subtle to catch your eyes, but they’re there and include an altered grille with slightly less chrome, new LED tail lamps, redesigned ORVMs and new 18 inch alloys with a new design. Inside the cabin, Hyundai have introduce new trim options, with even better quality materials..

The styling changes have been introduced only on the Korean model as of now, with no word on when the changes will trickle down to the international models.

The changes on the 2012 MY Sonata are not just skin deep though. Hyundai has replaced the 2.4-liter naturally aspirated petrol unit by a new, turbocharged 2.0-liter petrol powerplant which produces a stonking 275PS of power. Expect Hyundai to present a 2.2-liter CRDi engine as well (the one used in the Santa Fe SUV), dishing out 194 horses and 420Nm of crazy sounding torque

You can check out the spy video of the Sonata caught testing in India here. Here you have more detail pics of the 2012 model