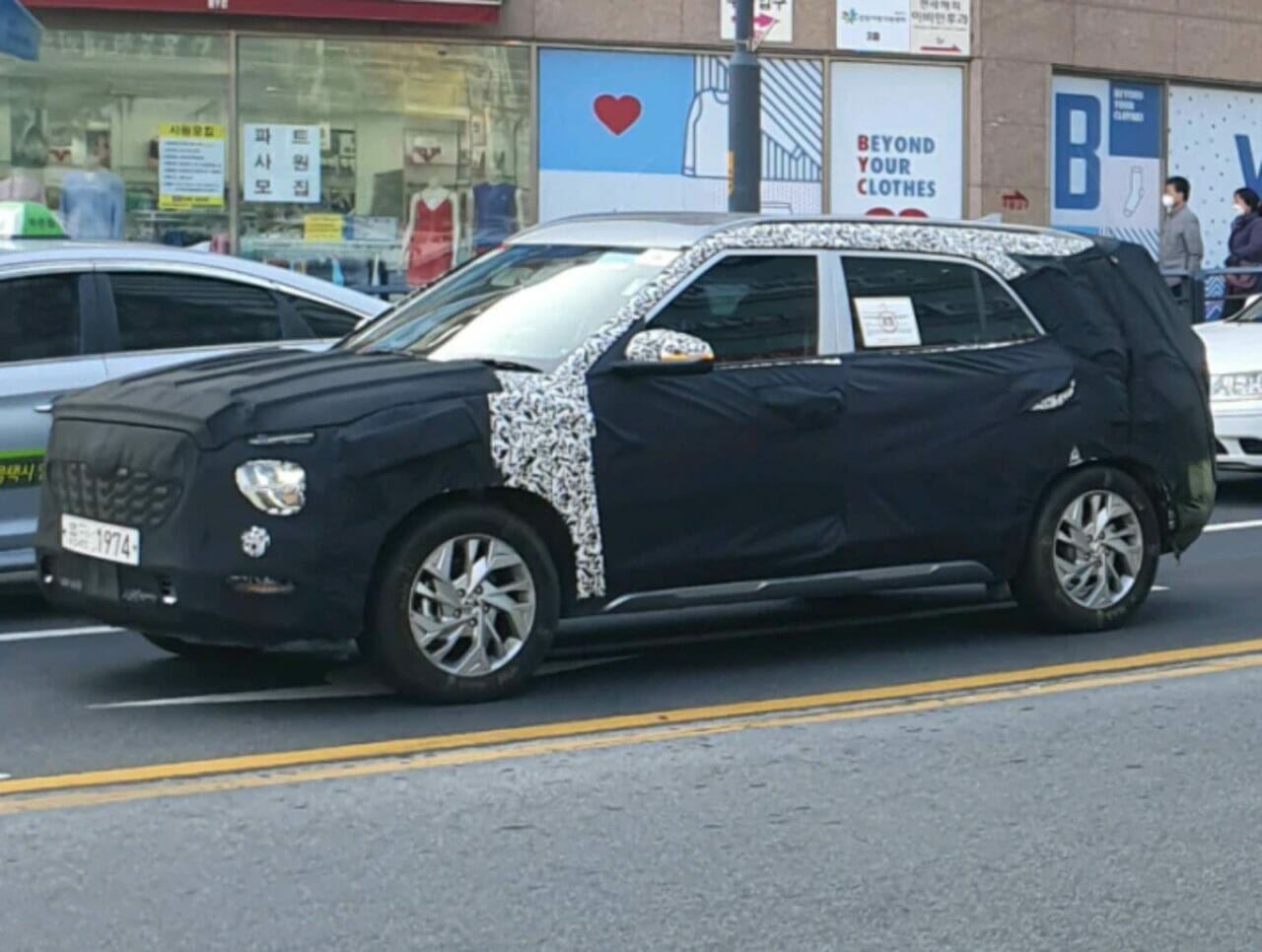 Hyundai Creta has proven to be a superstar in the segment thus far and that is despite the competition it faces. Such has been its craze that it has become the most popular car, not just as an SUV, in the second quarter of 2020 with its number of bookings crossing the 30,000 mark.

Now, the South Korean manufacturer is at the development phase of the seven-seat Creta and has been spotted testing on many instances overseas. In what comes as a big development, Hyundai Motor India Ltd. has recently trademarked ‘Alcazar’ with the Ministry of Commerce & Industry which is supposedly reserved for the elongated version of the Creta. 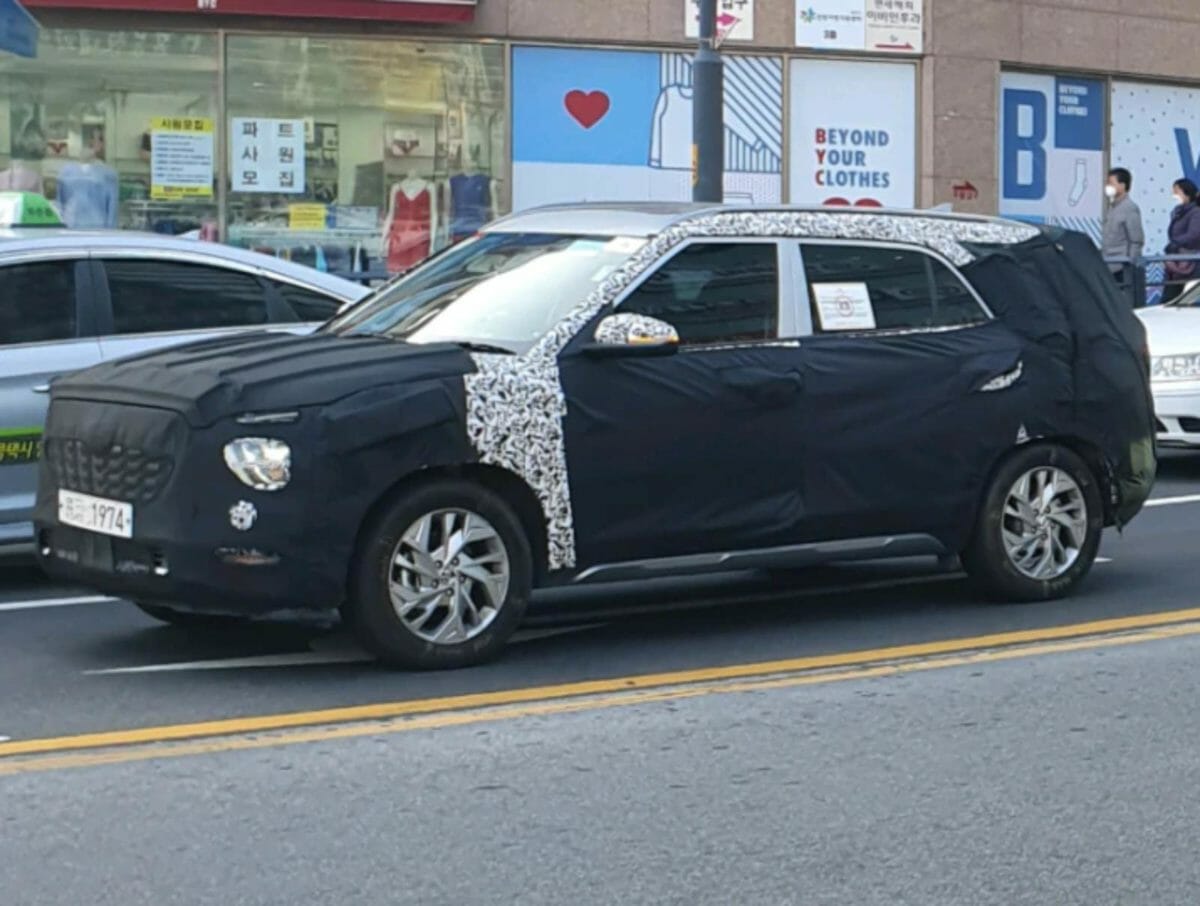 Details of the Trademark

The Alcazar trademark has been registered under class 12 of trademark classifications in India. Class 12 basically stands for apparatus for locomotion by land, water, and air. The goods and service classification for the trademark mentions it as an automobile of the SUV category. Therefore, it is expected to be the name that 7-seater Creta will carry in India. The filings were made to the Indian Controller General Of Patents Design and Trademarks on April 13 and the plea was accepted on June 22.

Now, coming to the question as to how can we be sure that the Alcazar trademark is reserved for the seven-seat Creta? While to make things clear, this is still just speculation. However, the online document states that the name Alcazar will be used for a sports utility vehicle. Currently, Hyundai India doesn’t have any plans to launch a ‘new’ SUV this year and the next SUV in the pipeline from Hyundai is supposedly the full-size Creta. Therefore, this trademark fits the bill.

The 7-seater Creta is essentially a stretched version of the 5-seater model and will most likely utilise the same powertrains. It also comes with a redesigned rear-end for more differentiation. The test mules of 7-seater Creta have been spotted during test runs across the globe, and one of them was recently spotted in India as well. 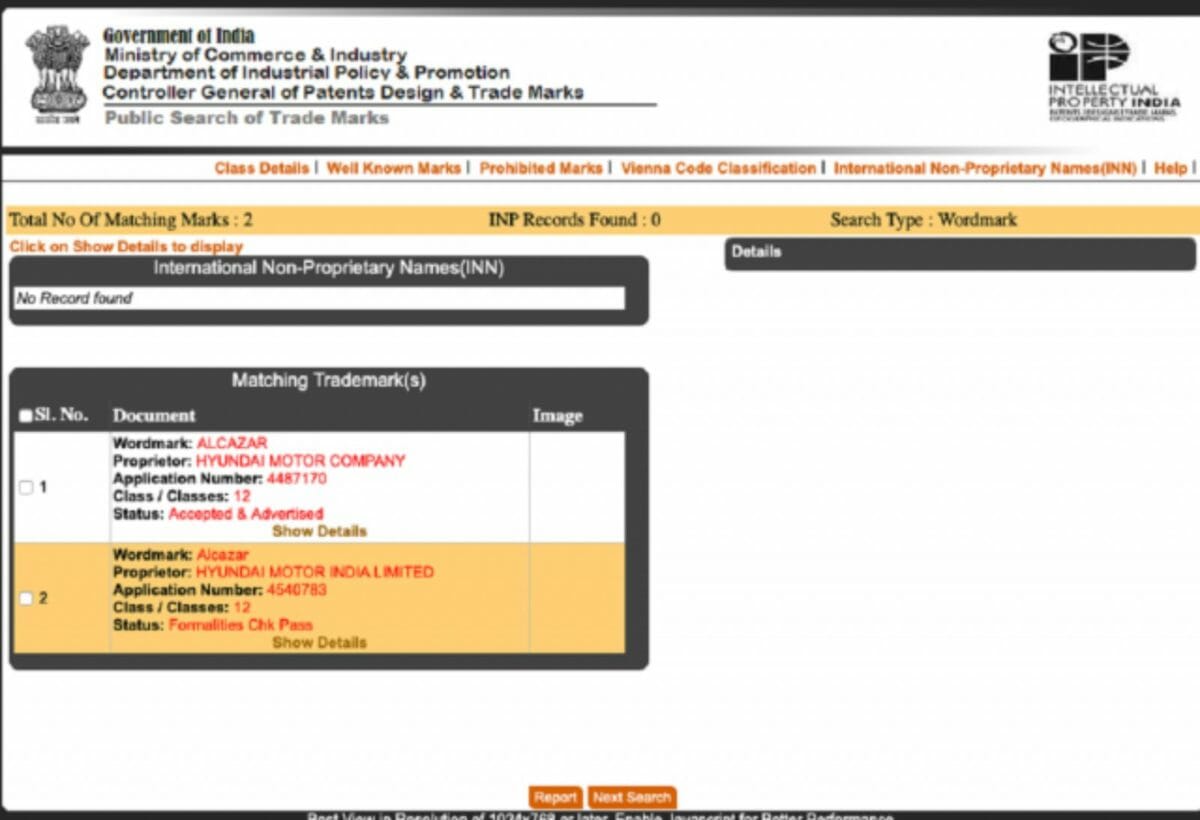 However, if the 7-seater Creta will be called Alcazar in the international markets as well, it is still not known. The test mules of the 7-seater Creta that were spotted earlier looked identical to the 5-seater version of the car up till C-pillar. Also, they had a similar wheelbase as the outgoing Creta. The SUV will come sporting bigger dimensions to accommodate the third row; besides that, it is also likely to get a new grille, alloy wheels, bigger LED tail lights, etc. Also, the test mules missed out on the boot-lid mounted stop lamp.

As far as powertrain is concerned, the 7-seater Creta is expected to be offered with the same engine options as its 5-seater counterpart. This means it is most likely to get three engine options- a 1.4-litre GDI turbocharged petrol engine, a 1.5-litre petrol engine, and a 1.5-litre diesel engine. So it’s a game of speculation until the carmaker reveals further details about its upcoming vehicles. That said, we are eagerly waiting to see the Alcazar that Hyundai is cooking for the Indian market, whichever form it may come in.