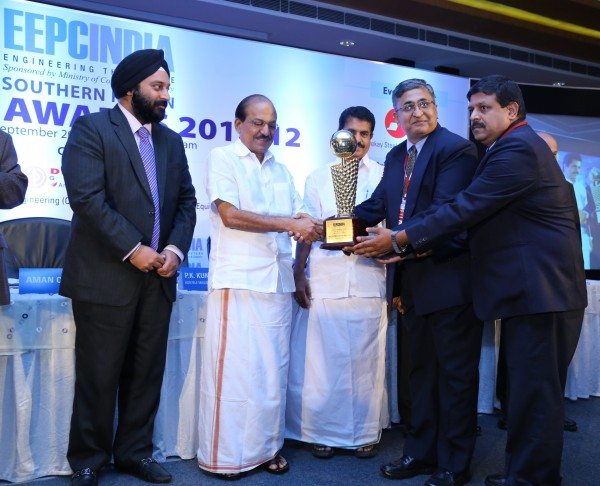 Hyundai Motor India Limited (HMIL), India’s largest auto exporter and the second largest car manufacturer, has been adjudged as the Top Exporter of the Year for 2011-12 in the category of ‘Large Enterprises’ (Southern Region) and has been awarded the Gold Trophy by the Engineering Export Promotion Council (EEPC) India. The Honorable Minister of Industries and Information Technology, Kerala Shri P.K. Kunhalikutty presented the award to seniorHMIL officials in an award ceremony held in Trivandrum.

HMIL began exporting cars in 1999 and by exporting the 1,000,000th car in February, 2010; HMIL became the ‘Fastest’ Indian passenger car manufacturer to achieve this remarkable milestone in record time. HMIL is the largest passenger car exporter since 2004, leading with a market share of 48% making it a significant contributor to the Indian Automobile Industry. HMIL in CY 2012 exported 250,005 cars to diverse markets such as Latin America, Middle East, European Union and Africa.

Speaking on the occasion, Mr B S Seo, MD & CEO, HMIL said, “We are honored and delighted to receive this prestigious award from EEPC India. The award symbolizes and showcases Hyundai’s global success story. I take this opportunity to thank all our customers and stakeholders for their trust and support which has facilitated us in reaching this milestone.”